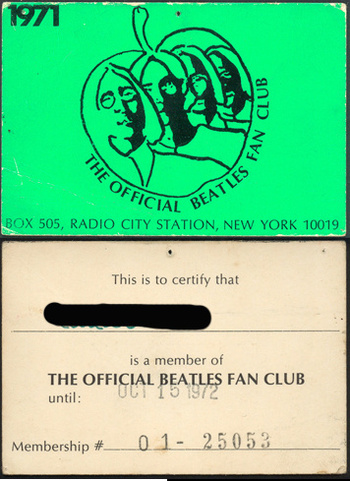 I became a fan as the band was dissolving. The coolest---or saddest?---thing about this card is that I also have a letter and refund check (a whopping $2.50!) from Apple Records. Membership dues were being refunded since the Fan Club was also dissolving. By the way, my name was blacked-out in Photoshop, not on the card itself.

Does anybody else still have a membership card?