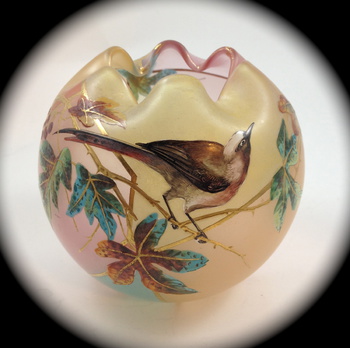 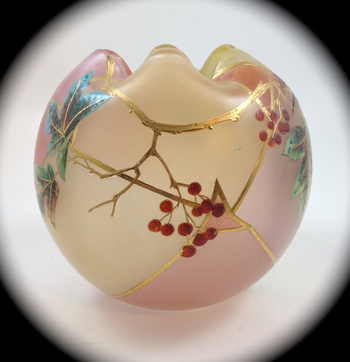 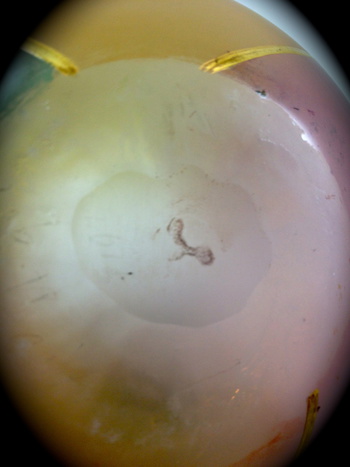 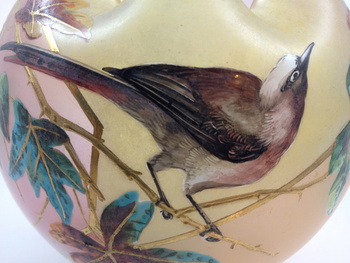 Antiquing in Central Virginia today and found this beautifully enameled rose bowl by Harrach, circa 1890. Marked within the ground pontil with the Harrach feather plume mark.

With its sections of glass stained in pale red, yellow, and blue, this line by Harrach was made to resemble Royal Flemish, a line produced by Mt Washington in the 1880s. Harrach's version differs from the Mt Washington line in several ways, most notably the glass used - but it also has uniquely Harrach traits - the enameled bird and florals, for example. No one did birds like Harrach! (arguably). This bowl is about 5.0" in diameter and weighs just over 14 ounces.