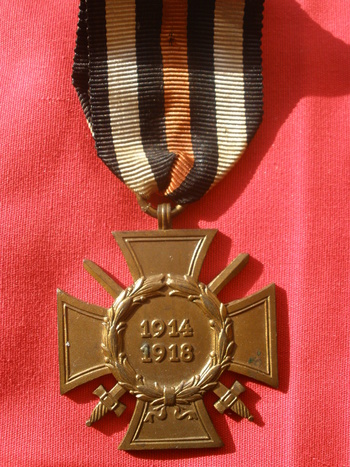 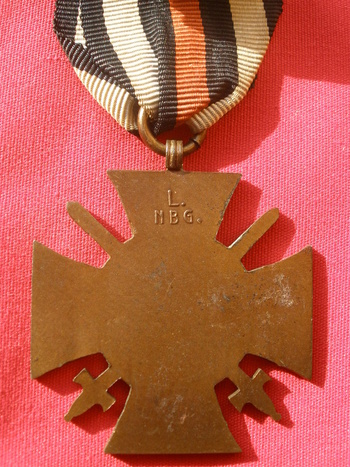 "Eurenkreuz des Weltkrieg" was made to commemorate those who fought (and died) during the Great War. Instituted on July 13th 1934 by President von Hindenburg, and as a result was known as a "Hindenburg Cross" forever after.

This is the combatant class for veterans. There are two other classes, the noncombatant which simply omits the swords, and the next-of-kin (given to mothers and widows), which is missing the swords and is finished in black.

Very neat piece that I was excited to find over the weekend.