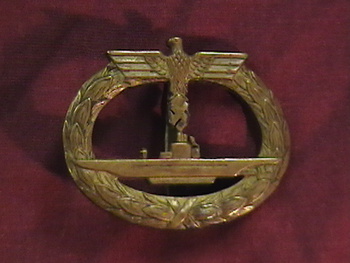 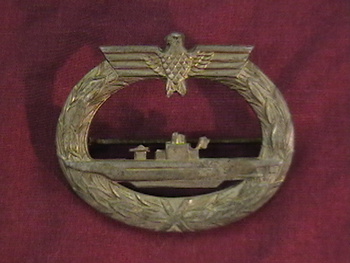 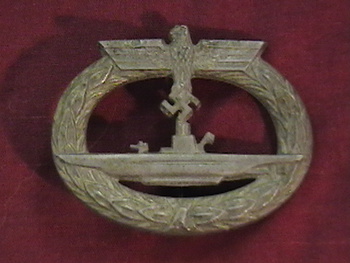 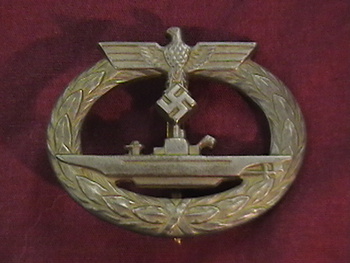 Shown are four variations of a WW II German U Boat badge. Each badge was made by a different manufacturer, and shows slight variations in details.
The first badge retains most of its finish, while the others have lost the gold wash that was originally applied. From the mid war years until the end of the war, the badges were made of zinc and easily lost their finish, due to a cheaper manufacturing process. If you look closely you will see that the first two badges were de-nazified.
I got the first badge from an English man who got it from his grandfather as a gift when he was fourteen. The man told his grandson that he got the badge from one of the prisoners that he was guarding in a camp. The German prisoner had filed down some of the swastika so he could wear the badge. The German traded the badge for a pack of cigarettes.
The second de-nazified badge has the swastika missing. It was cut off by the owner so he could proudly wear the badge in Germany after the war, since the swastika symbol was now forbidden. The pin also varies in that it is horizontal and not vertical. The third badge has segmented arms of the swastika, and the fourth does not. 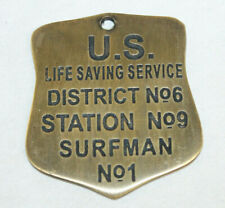 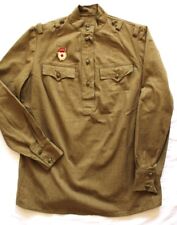 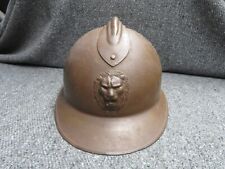 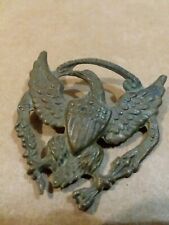