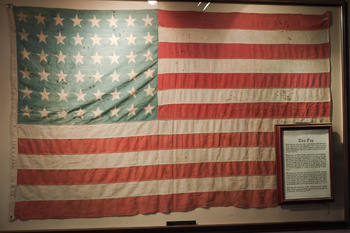 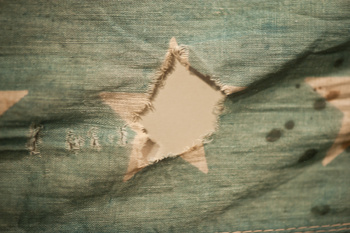 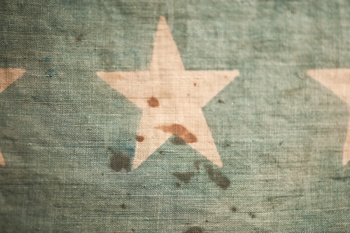 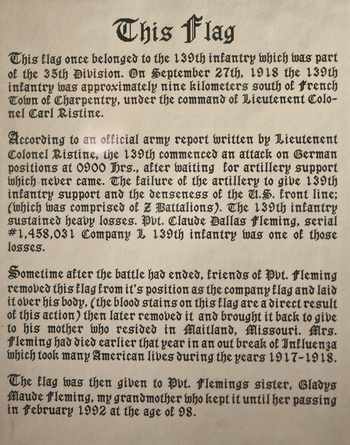 This American Flag once flew over the American lines in France during WWI. It was the company flag for L Company, 139 Infantry, part of the 35th Infantry Division. It is now the center piece of my living room and I received it after my grandmother passing in 1992. There is not a day that I do not look at it and think of all the Americans who this country has lost in it's wars. Dallas Fleming was only 23 years 3 months and 16 days old when he gave his life for his country. My grandmother keep it folded in her trunk and only took it out briefly, only to start crying and put it back in it resting place. If it was not for it blood soaked stains and what one can only assume are bullet holes, it would not be as moving but it's ability to effect emotions out of it viewers is griping. I have posted on the glass of the flags frame a smaller glass covered frame, which holds the story of the flag and Dallas Fleming. The information regarding the battle was obtained by me from the United States Military Archives in Washington D.C. . They were most helpful sending me copies of the commanding officer, Colonel Ristine report for the 27th through 29th of September 1918. Privet Fleming is still in France along with thousands of other Americans who did not return home. Photograph 4 gives the account of Private Fleming last day and how the flag was obtained.