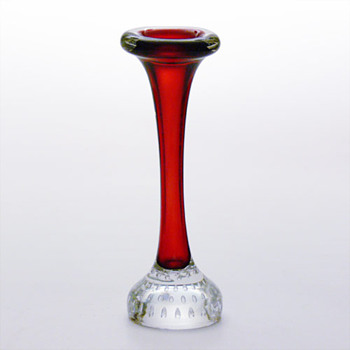 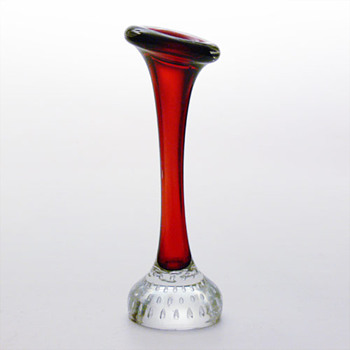 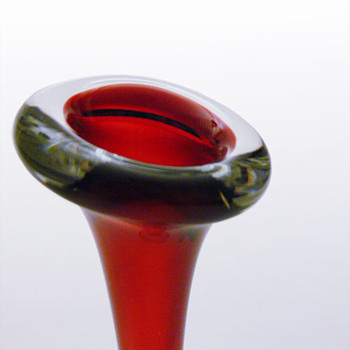 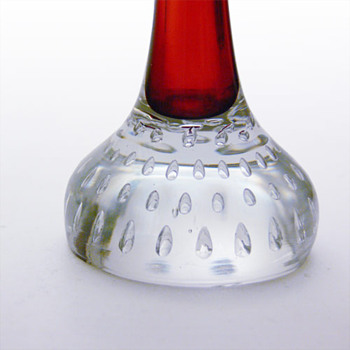 This one in red and bubled base is really nice. It stands around 15 cm. tall.