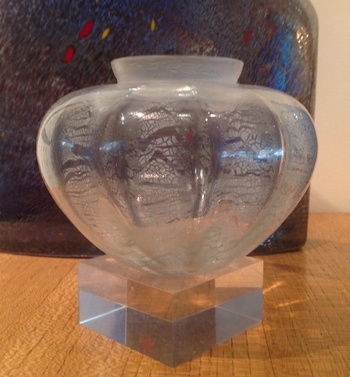 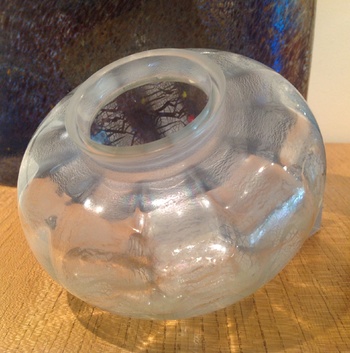 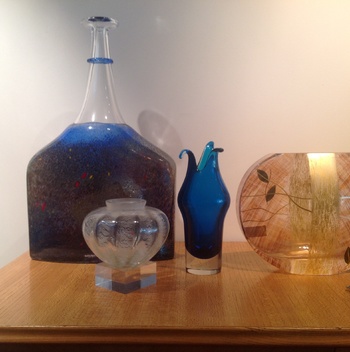 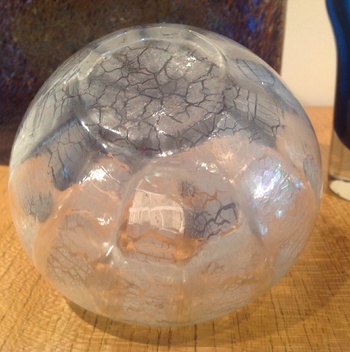 A friend in Holland alerted me to a new book called Compleet Copier that was released last month in the Netherlands. It is a publication of the Nationaal Glasmuseum. So last week I put out a message on Nationaal Glasmuseum Facebook page with the question: I know there is an English version of the Compleet Copier. Can anyone detail where I can get a copy. I am in Australia!

They replied and I found out how to order an English version of the book from the Netherlands. I had to do it all in Dutch as there was no English version and I felt rather proud of myself being able to get a copy of it for € 50,99 plus the € 19,80 postage.

So now I am waiting for the Compleet Copier.

But the strange thing happened that afternoon. I went out that morning with visions of the book on my mind. I went to half a dozen shops and bought nothing. But then I went into a shop of a friend and I saw a little Copier vase. The sticker on it said $35. Not cheap, cheap, but I have not seen one of them here before.

I have been wanting a Sonoor piece for a long time and this was the day!
Just under 9cm but a beautiful little perfect vase with twelve tin craquelure stripes. It's one of the white ones. I think this one only came in white. The iridescence is so discreet. It looks a little like the A.D. Copier Liberation vase, the 'Oranje Appel'.

Is it not strange the coincidence?
A little bit of 'wish fulfillment'.

I'm looking forward to getting the book!