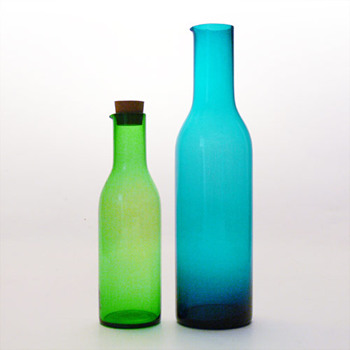 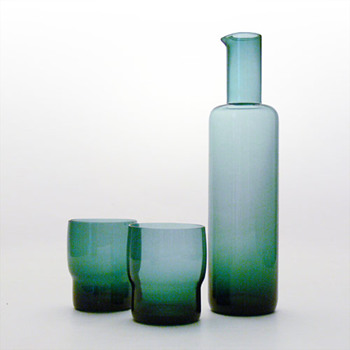 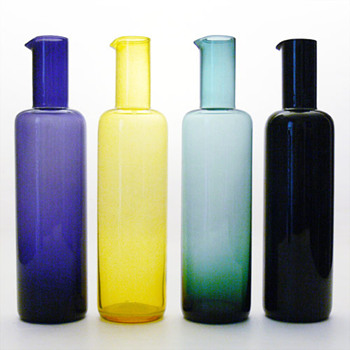 There's been a little controversy about this item, and I want to thank Aaron Probyn himself for leaving a message explaining that he didn't design the first BERLIN bottles, although he did redesigned it later, when the small size was made.

The BERLIN range was first off for sale at Habitat in the mid 2000s (second and third pictures). I guess it was a succesful item as for several years it was included in the diffrent collections and, in every season, with a different colour. As Aaron himself pointed out, it was bought off the shelf from a factory in Thailand.

The real Probyn design, or re-design, here is the one in the first picture. I couldn't understand at first the reason for the change of shape, but now we know.

So folks, forget all about plagiarism and so on: the Nanny Still looking jug isn't Probyn's design!!!!

Still, many of them are put on auction on ebay as Nanny Still's koristepullos. I always contact the seller to tell them it's not a Nanny Still item... some will answer and change the text, others (most of them) will just delete my message.

And one more thing: when you read the bad comments on the bottle or designer pleace realice they were made thinking of the sharper shouldered design, WHICH IS NOT Probyn's.