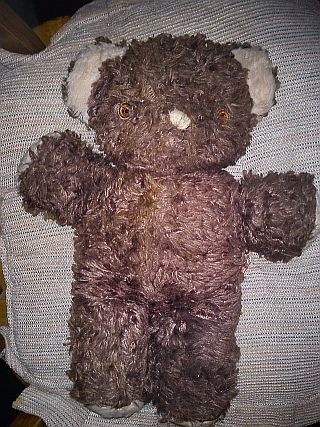 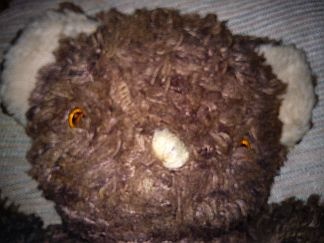 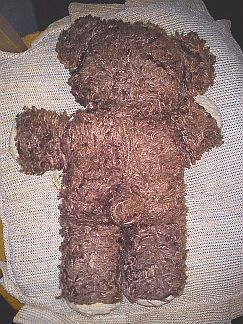 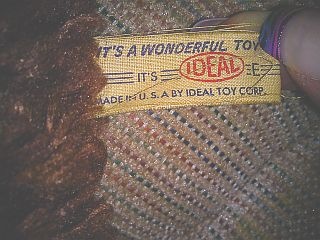 Hello, this little fella was my Mother's childhood Teddy Bear. His tag reads: "It's a Wonderful Toy" "Ideal" and on bottom of tag: "Made in U.S.A. by Ideal Toy Corp." She said she'd had him as long as she could remember, and she was born in the 30s. I guess I always just assumed that it was new when given to her, however all that I've read makes me think he's older, so maybe he belonged to an older family friend or family member first ? His eyes appear to be either glass or something akin to plastic, his nose as you can see from the pictures is hand sewn. He was hand sewn closure seam on his back, and I've heard no mention of a tail on these bears, however he has a little tail. Also, both ears appear to be hand shown where they were attached to the head which I have also not heard mentioned. He has a small hole where one of his seams is parting due to age where one of his little arms is attached. This allowed me to see the stuffing which is very small pieces of wood, kinda feels like the stuff in bean bags but harder, when you squeeze him. His fur I would assume, all things considered is probably a mohair blend. I'm kind of wondering at this point if this little guy is from the 20s or so or maybe the early 30s ? Also, would like to know an approximate value, as I try to be sure all of my antiques and collectibles are insured properly. Thanks so much in advance for any information anyone might give me. Have a Wonderful Day ! :)