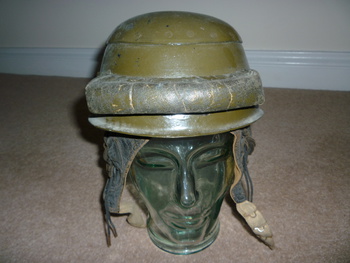 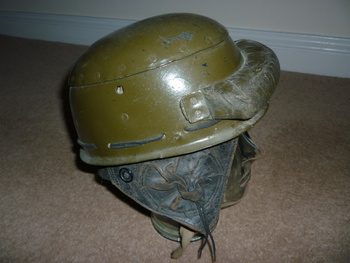 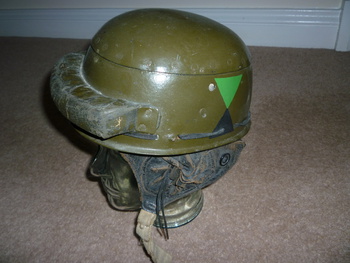 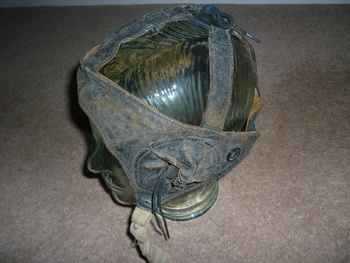 . Formed in the UK on 17 March 1944 by redefinition of 33rd Tank Brigade. Helmet made of pressed fiber, with a detachable headphone liner. Brigade HQ was disbanded in NW Europe on 22 August 1945. I believe these helmets may also have been used by the wartime SAS for parachute drops, I once saw a documentary on the wartime SAS where they were being inspected prior to a parachute jump and all were wearing these helmets, however I have not found any other reference to this type of use.