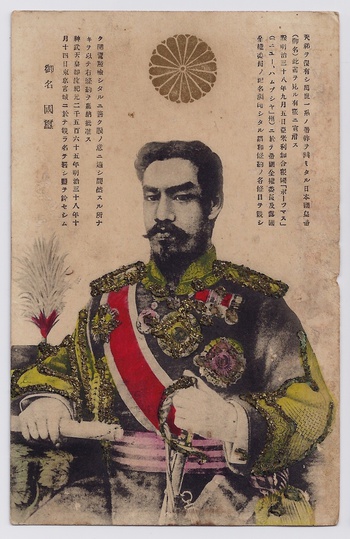 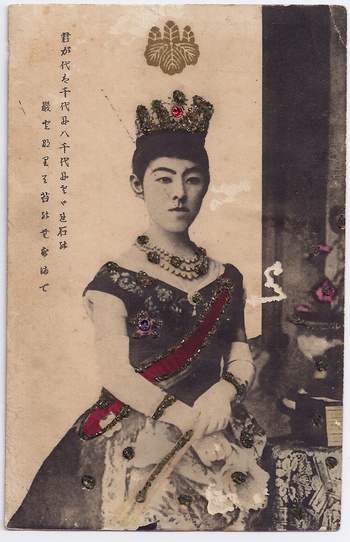 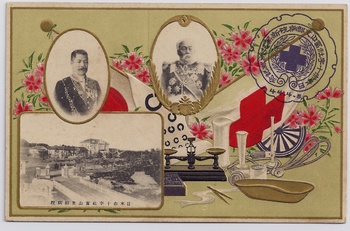 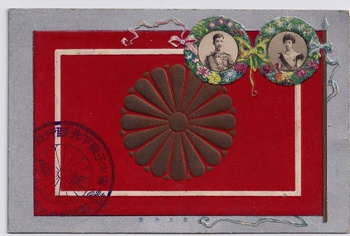 These are old Japanese postcards that honor Emperor Yoshihito and Empress Teime. He ruled Japan up until his death in the 1920's. These cards were given to me by a Japanese friend when I was a boy and lived in Tokyo 1948-49. These cards got me started collecting post cards and now I have 1,850 from all over the world and the United States. But these four are perhaps my most prized and valuable.