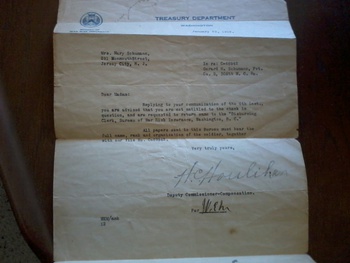 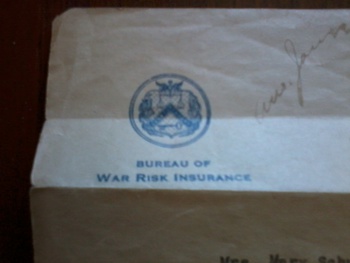 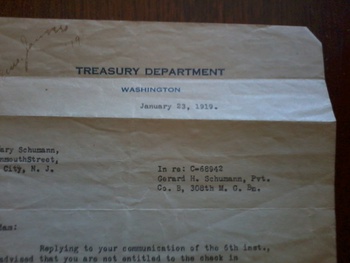 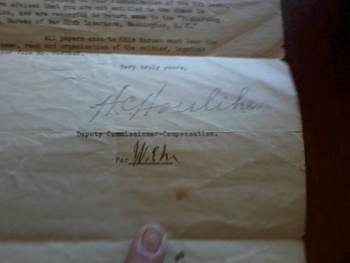 Things haven't changed much in the almost hundred years since this letter was written after WWI. I help a 90 year old with errands, de-cluttering and such, and this was a letter to her mother asking that the money they gave her to help with her seven kids when her husband was killed in the War be returned. Apparently, intelligent single mother of seven that she was, she started a little egg business, but it fed the family. When the government got wind of her family business, they decided she was no longer considered eligible and would she please "remand" said monies. My friend assures me her Mother probably didn't give it back, but so much for a single Mother having any support making it in America!! Michelle