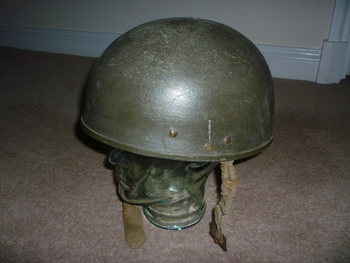 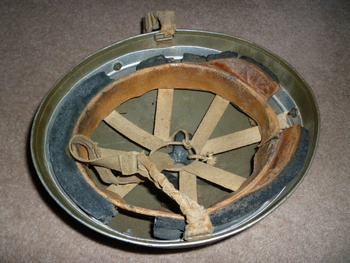 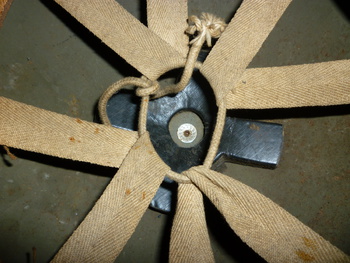 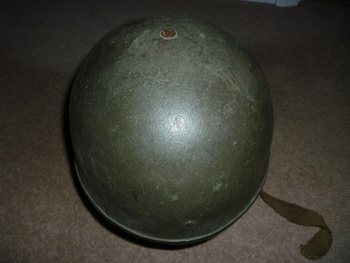 ww2 British helmet para reworked by the Danish army in the 50,s 60,s .They used a lot of ww2 British HSAT (para) helmets and converted to armoured style helmets. It has an additional top buffer riveted to the helmet. Additional rivet to the side for the chin strap, it still appears to use the paratrooper liner. It also has a blank rivet in the side, appears to be a first attempt to place the chin strap, which was found to be in the wrong position and moved further back.