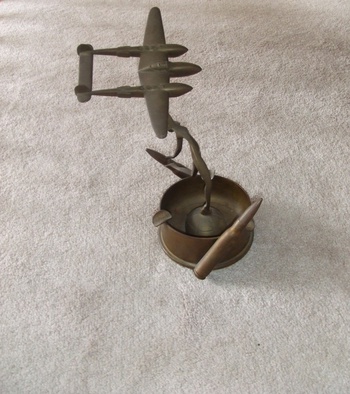 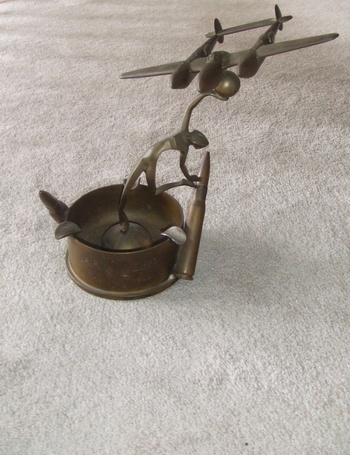 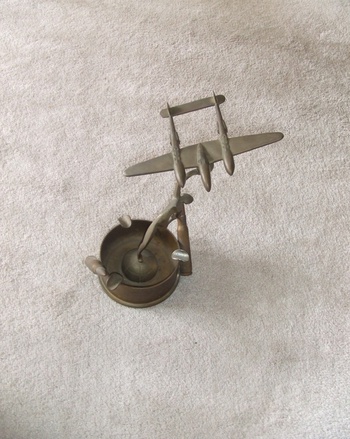 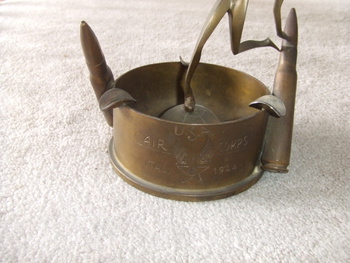 I usually don't buy cast brass planes, but this one was such superb quality that I made an exception.

The cast and highly detailed P- 38 rests on a ball held by a deco stylized woman. The woman is standing on a half globe that rests in the base of the ashtray.

This is one of the best trench art P-38s that I have ever seen.