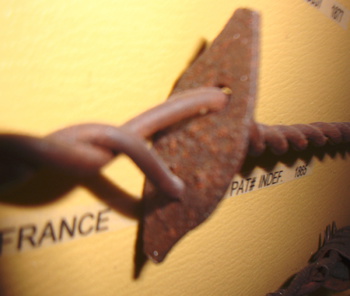 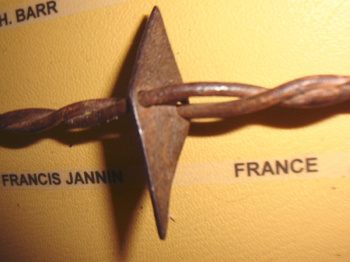 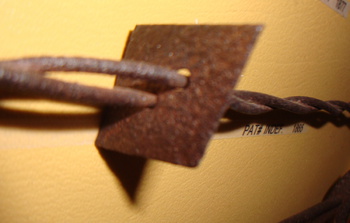 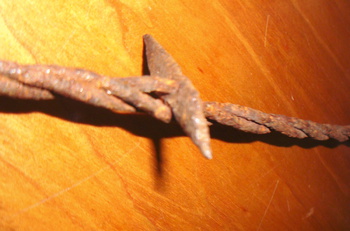 What do barbed wire and french fries have in common?

They were both invented in France.

A European fence patent was issued in France in 1865 to Louis Francis Jannin. It indicates that perforated sheet metal "stickers" would be threaded on two line wires and twisted to hold them in place. Several variations have been found (1st 3 photos). It is not known whether the Jannin wire was imported, or manufactured in the United States under a license agreement.

The earliest successfully manufactured barbed wire in the United States was patented on February 11, 1868 by Michael Kelly of New York City, New York, patent #74349, and manufactured by the Thorn Wire Hedge Co., Chicago, Illinois. He designates in his patent that the wire should be referred to as "thorny fence" due to its similarity to a thorn bush (last photo). It looks suspiciously like the French wire. It is not known how or where Mr. Kelly came upon the idea for his design. We can only speculate. 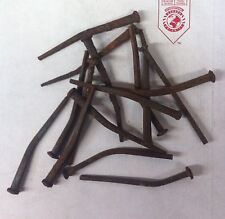 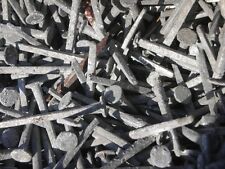 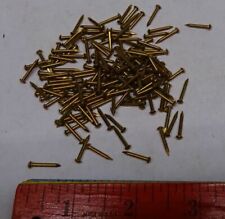