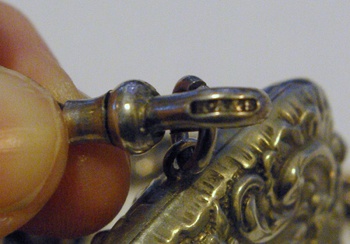 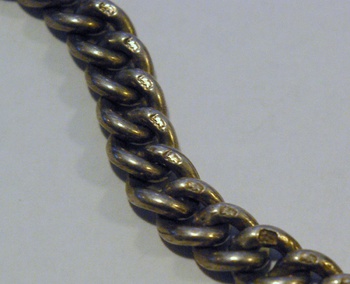 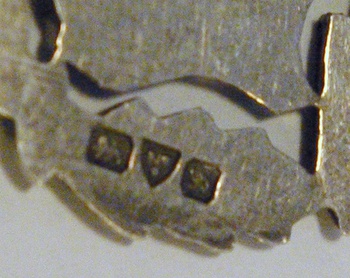 Each of the fob links has the lion passant struck on it, The clip hallmark attached to fob has a lower case 'c' that looks similar to the one used for silver in 1903. The makers mark is H.A & S. My best guess on that is Henry Allday and Sons, who made silver chains in that time period.
My charm is pretty interesting, since it isn't engraved. It was also hallmarked in Chester, which I am under the impression is no longer in existence. I was told the top part is rose gold, but the main piece is silver. A curly upper case 'G' is used, which I compared to the one used in Chester in 1907.

The match holder has the name ALBO SILVER NCR Co REG. on the slip of the lid. I found a site mentioning what trade names they used during which years, and I think this one was 1910. 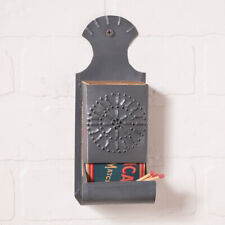