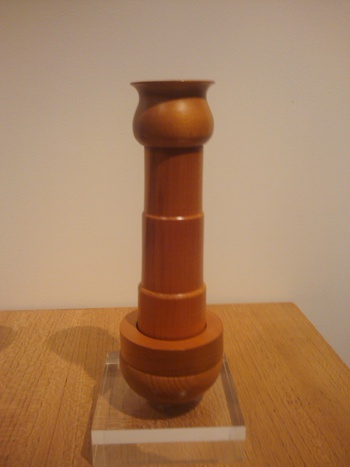 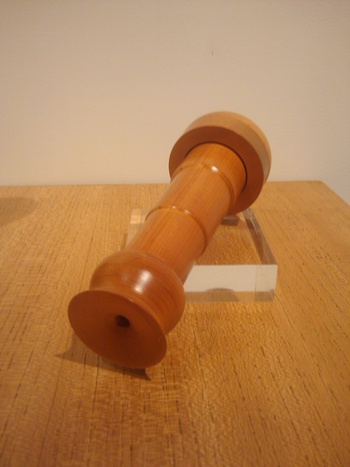 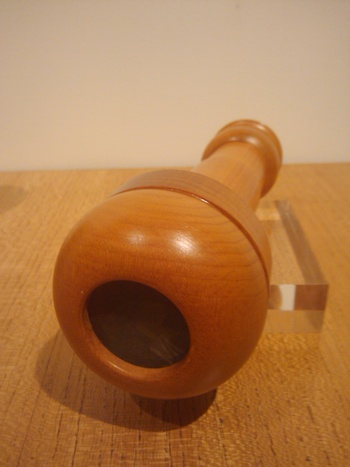 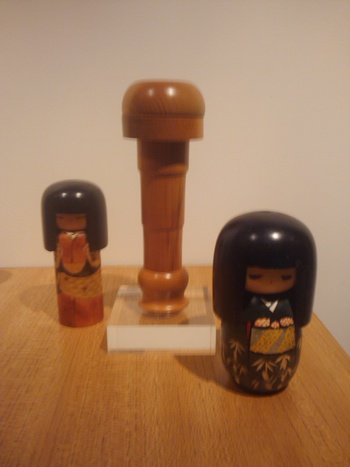 The Treen Theme continues.....
This is an area which is really unfamiliar to me. Much to my father's disgust I was never any good at 'wood work': I was a severe disappointment to him. But I liked what I saw at the wood-turning displays at the Royal Easter Show. I saw this at an opportunity shop and it brought back memories.
I've had a look around the net for similar examples and have not found anything exactly like it. But I have noted that making kaleidoscopes is a big are in the wood-turning community.

David Brewster (1781 – 1868)
The kaleidoscope was invented by an Englishman, Sir David Brewster, in 1817 when he proved that the reflections of an object seen in many mirrors create patterns. "He was a serious physicist interested primarily in optics (the study of light), and he intended the device to be used for scientific research. The device came into vogue as an esoteric Victorian parlour entertainment" and later became a favourite of the "Trippy-Dippy Hippie" set. I fall into that sub-set of the baby-boomers!
http://www.infobarrel.com/Antique_Victorian-Era_Kaleidoscopes

Brewster coined the term kaleidoscope in 1817 from three Greek words: kalos (beautiful, beauty), eidos (form, shape), and skope0 (to look to, to examine). An eye (piece) for beauty!

This one has three parts: eye piece, tube and 'cellscope'. It looks vaguely like the traditional light-house form you see on older Victorian kaleidoscopes. That makes sense, I think. The 'cellscope' at the end has a frosted glass to let in a filtered light on the beads within. This piece revolves around the tube to create the change of image. It floats freely in both directions and is not screwed on. It is in two parts: the holder and the locking piece. There must be either two or three mirrors within the hollowed out tube. I've been reading a bit on how to tell whether there are 2 or 3 but I haven't worked it out yet: but I believe it to be three mirrors. How they do it in the space amazes me!
There is a glass lens within the likely turned aye aperture too.
Perhaps there was a stand?
I think the wood is Tasmanian Huon Pine, but I'm no real expert on wood.

I'd love to be able to show you a picture of the images within, but my photographic skills are not there yet! I think they are amazing.
Any help on this one would be appreciated.