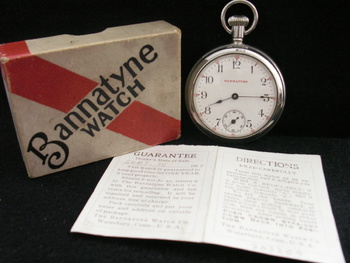 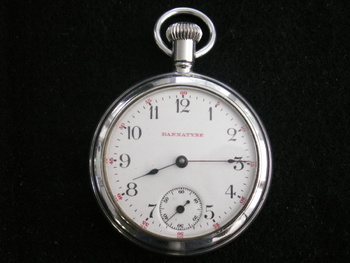 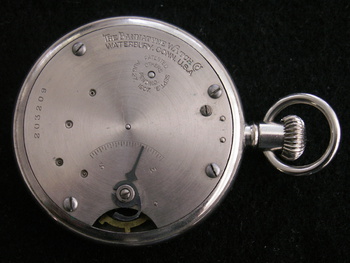 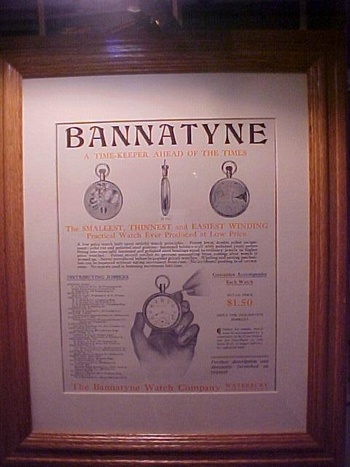 Years ago while collecting pocket watches, I became very intrigued by the various types of dollar watches to be found. I will have to say, one is at the top of my favorite list.
The Bannatyne Watch Co. was incorporated in November of 1905. Mr. Bannatyne had previously worked for the Waterbury Clock Co. before starting the Bannatyne watch company. He advertised his watch as "A Time-Keeper Ahead of the Times. The smallest, thinnest and easiest winding practical watch ever produced at a low price. Winding and setting mechanism can be removed without taking movement from case. No accidental pushing in of crown stem. No screws used in fastening movement into case." They retailed for $1.50.
He stayed in business until 1911 and then the company was purchased by The E. Ingraham Co. in 1912. Ingraham made their first pocket watch in 1913 fashioned after the Bannatyne watch. Even though watch books state there were over 200,000 Bannatyne watches made in the 5 to 6 years he was in business, these are not vary easy to find. This one was found in the late 1970's. The advertsement was found a few years ago and was a great addition to this piece.
I hope you enjoy this even if you don't collect dollar watches.
Dave