I was back east attending college in the fall of 1974, so I missed the Dead's "last" shows at Winterland, which ran from October 16-20, 1974, but my friend Peter went and saved this ticket for me.

In 1974, the band had announced a hiatus; many of us thought that this could be the end of the ride. The tickets printed for the show on the 20th (note how they misspelled the band's name...) had the words "THE LAST ONE" stamped across them.

In fact, by the following spring the Dead were performing again, most memorably at Kezar Stadium as a part of the SNACK benefit with Santana, Bob Dylan, and Neil Young (they played "Blues for Allah"), and by the sumer of 1976, they were back on tour, including six amazing nights at San Francisco's Orpheum Theatre.

I attended four of those shows, including the one when Bill Graham played a prank on the band by distributing noisemakers and party hats (mine said "I don't know whether I'm coming or going" which seemed fitting at the time...) and instructing the audience to yell "surprise!" when the band came back on stage for their second set. We played our parts well enough to visibly startle them, especially Weir, or so I recall. Graham had also hired showgirls, each of whom wore a sash that read Miss Jerry, Miss Bobby, etc. He wore a tux and top hat and his sash read Mr Donna.

The other night, I saw Shrek the Musical in the same building... 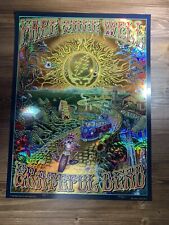 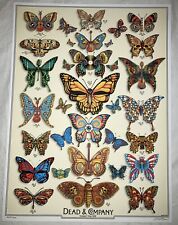