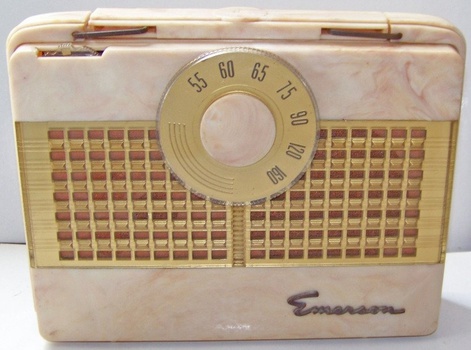 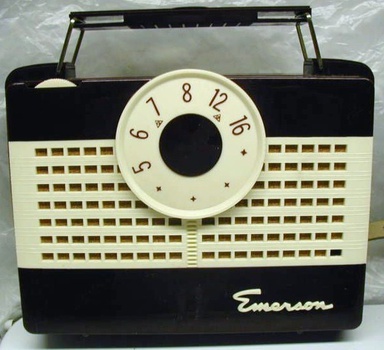 On the left, a 1952 Emerson Model 704. On the right, a 1957 Emerson Model 850. These units use a type of 9 volt battery that is obsolete. Some day I will temporarily hook up a smoke detector battery and see if either of them work.

You may also notice that the 1957 radio has the two little triangular Civil Defense markings on the tuning dial, and the other unit does not. A little history:

During the height of the Cold War era, between 1953 and 1963, AM radios made in U.S.A. were required to have two little triangles (or triangles within a circle) on the dial, indicating the U.S. Civil Defence (or CONELRAD - CONtrol of ELectronic RADiation) frequencies, at 640 kHz and 1240 kHz.

In the event of a national (U.S.A.) emergency, all other broadcasting would be suspended, and only these frequencies would remain on air, at low power. The transmissions would originate from locations that changed, so as to prevent any attacking enemy from homing in on the signal. Although it was instituted in 1951, it was not required on new radios until 1953.

In 1963, the CONELRAD system was replaced by the Emergency Broadcast System (EBS), and radios were no longer required to have the CD marks. 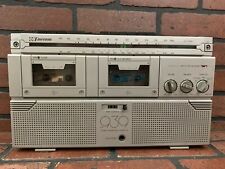 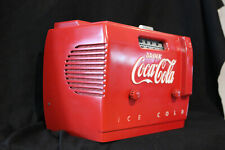 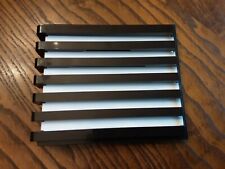 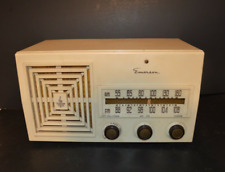