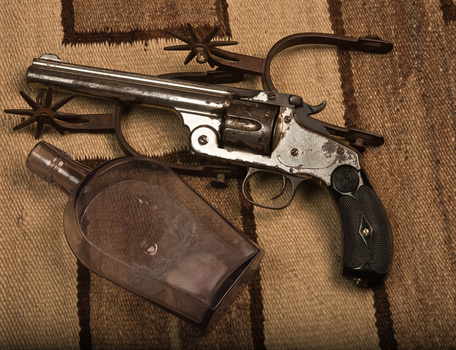 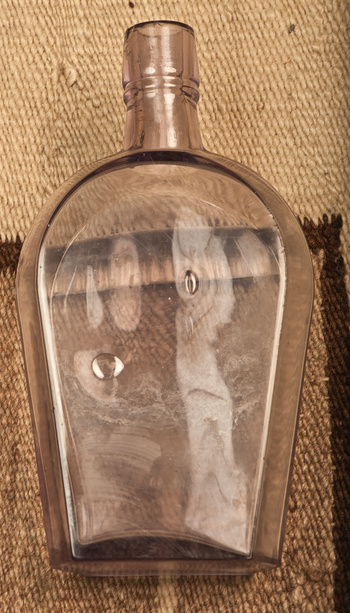 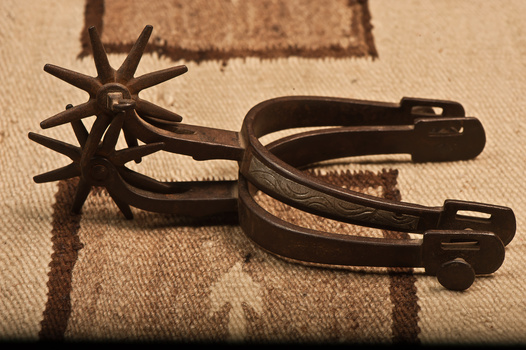 The American Cowboy of the old west for the most part had next to nothing except for their Horse, Boots, Spurs, Saddle and Guns. The biggest group of them were migrant workers at first displaced by the civil war. A large amount of them were Southerners, about 1/3 were ex-slaves and 1/3 Americans of Mexican decent or Mexicans who liked the work. What ever their make up I like them all, what a hard life. They made little money for the most part and when they had it they spent it. In places like Dodge City, Abilene, Albuquerque, and many more small town. Some of these towns were started just for the cattle trade like Tascosa, Texas, after years as just a couple of small homes. The Cowboy having very little liked what he had to be "Flashy" so to speak. He wore his boots with his pant legs tucked into the top of the boots, so people could see the designs on the tops, plush it keep some dust out of his boots. His Spurs as a rule had to small pieces of metal which hung off the back end of the spur next to the rowel to the outside, called the "Jinglebobs." The Jinglebobs soul reason to be on the spur was to ring like a small bell when the cowboy walked. A lot of the Revolvers of the time were Nickle plated and had large barrels like this 6 inch, Single Action, Smith & Wesson model 3 in 44 Russian caliber. The 44's of the time came in Winchester 1873 caliber (44-40), 44 Russian and 44 American calibers. I wish this Revolver could speak because I perched it from a very nice lady who's Grate Grandfather carried this Revolver with him when he served with Poncho Villa as one of his Lieutenants. I was also given a copy of a pardon granted to her great grandfather as a member of the northern division. It is in Spanish and I do not read Spanish. It was command to find all sorts of weapons use by the Mexican fighters many of which were out dated for the time as this one clearly was. Smith and Wesson records are unavailable for guns of this age, unlike Colt's, to bad, I will just have to wander. The Spurs pictured are a set of "California" spurs of about the 1870's to 80's, so called because of the large rowel, modeled after the Spanish spurs. This set does not have it Jinglebobs any more. The Whiskey bottle is a blown in a mold "Coffin Whiskey" named after its sharp sides. Hardbrake