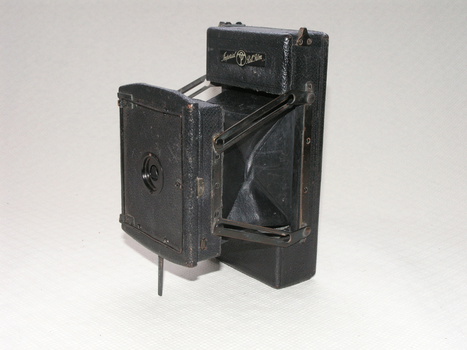 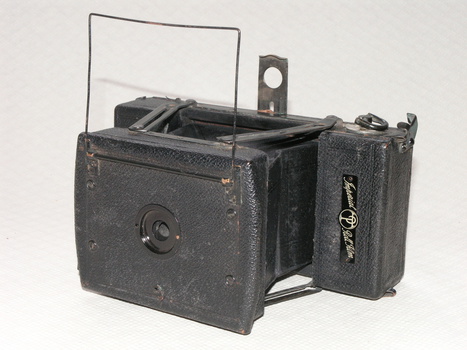 Thornton-Pickard. | Imperial Rollfilm Camera. | 1924 to 1925. | 3&1/4 x 2&1/4 film.
Catalogue No. 0220.
A rare little strut-folding, wooden-bodied and leather-covered camera, made for only the one year 1924-5, after which it was superseded by the all-metal Rollfilm Ruby. Another of T-P's less brilliant marketing decisions, it was obsolete almost before it was produced, which together with the short production run, probably accounts for its rarity today. It resembles the first Folding Pocket Kodaks of 25 years earlier, but, with its square ended wooden body, fixed focus lens and rotary shutter, and direct wire-frame viewfinder, it is hard to imagine it selling well in the mid-1920s.