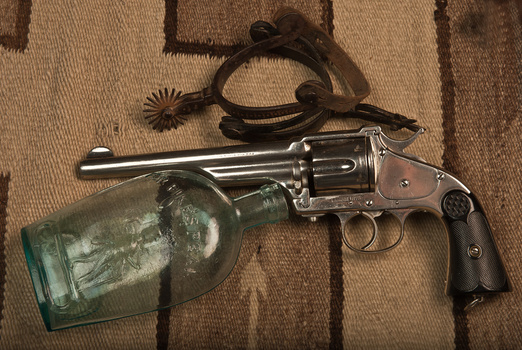 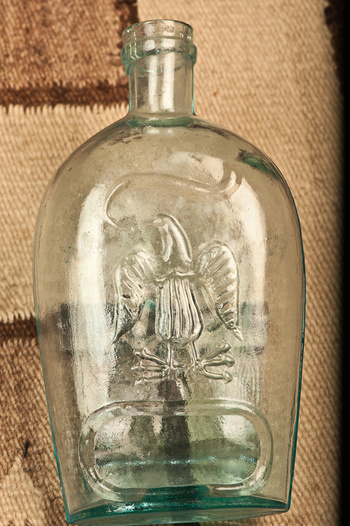 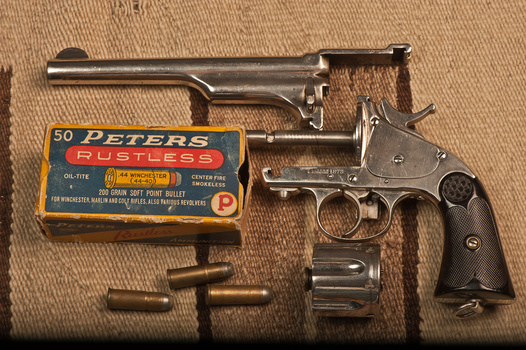 Merwin Herbert and Company, of New York, most people have never heard of them let alone what they manufactured. Guns mostly Pistols and Revolvers and were at one time looked on as the Cadillac of Revolvers. You could remove the barrel quickly and replace it with and different length barrel and you could reload it quickly, when compared to other revolvers of the time. It had several problem that came with the gun, for one they are big and heavy. They cost a bit more then some of the other revolvers of the time. A few Cowboys would more then likely owned a Merwin Herbert Revolver, it was big and flashy. This revolver was more then likely nickle plated but someone "chrome plated" this one many years ago. This revolver is fun to shoot and I have shot it several times. It has a 7 inch barrel and is in Winchester 1873 caliber also know as (44-40). It still has its lanyard loop attached to the bottom of the revolvers grip (butt). A side note about the manufactures of the revolver is that one of the two and I do not remember which one either Merwin or Herbert, was killed by Indians on the American plains. I can only assume that he was armed with a Merwin Herbert Revolver at the time. The two spurs pictured are single unmatched early spurs. One with no marking but with a lady leg shank and the other is stamped with a star. I will find out who produced it I hope. The pictorial whiskey flask in a "for pikes peak" which was sold around the discover of silver in Colorado. It has an applied lip and pontil mark. This bottle is in grate condition. Hardbrake