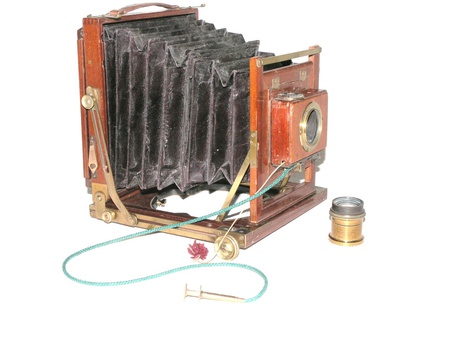 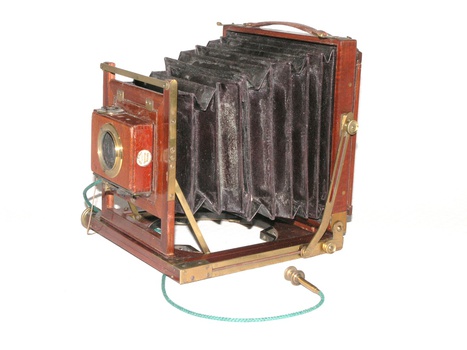 London & Paris Optic & Clock Co. | New Baroness | 1890 | Field Camera | Half Plate.
Catalogue No. 0227.
Makers to the trade, this firm specialised in "Titled" cameras: King, Baron, Countess, etc. Their original "Baroness" had a swing back but no tripod turntable; presumably this "New Baroness" is an update, as it incorporates both of these features.