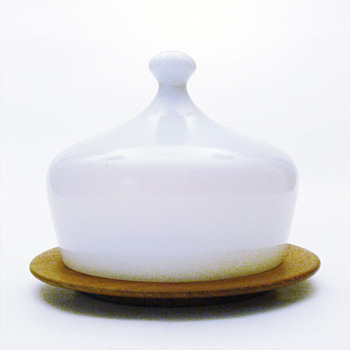 The OPALINE range was the most popular of the series Bang designed for Kastrup. He had previously worked for Holmegaard since the late 1920s and in the 1940s he left the company to pursue a more artistic career. In the 1950s he started working for Kastrup (which in fact had already belonged to Holmegaard for several years but they wanted to relaunch it somehow separately from the Holmegaard brand).

This range was so succesful that was also created in green colour (the GRØN range: http://www.collectorsweekly.com/stories/40729-grn-jugs-and-glasses-jacob-e-bang-k?in=user)

I had previously shared a picture of the Opaline jug and four beakers in my collection (http://www.collectorsweekly.com/stories/40727-opaline-jug-and-glasses-jacob-e-bang?in=user). I recently got a lidded pot and a marmalade jar, also lidded. I will try and share these as soon as possible.