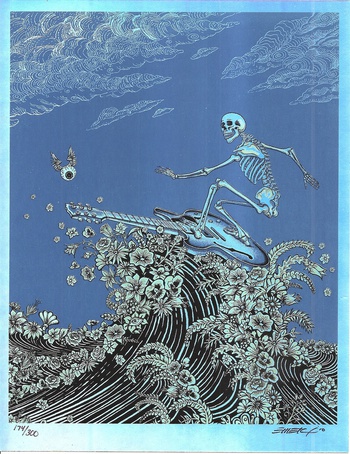 Emek is one of my favorite artists, and this handbill (about 8x10 inches on paper-backed foil) shows why. This image is a smaller version of a poster his did for trps.org, which is The Rock Poster Society. The flying eyebal on the left is an ode to Rick Griffin, whose flying eyeball poster for a Jimi Hendrix show in 1968 was itself an ode to Von Dutch.

I wrote about Emek and a few other folks a while back for the Times, and posted on Show & Tell just about Emek:
http://tmagazine.blogs.nytimes.com/2011/10/07/where-hard-rock-meets-pop-art/
http://www.collectorsweekly.com/stories/4085-emek-at-trps-festival-of-rock-posters-1 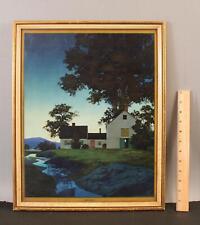 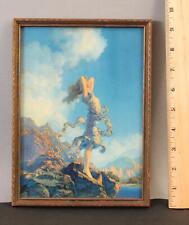 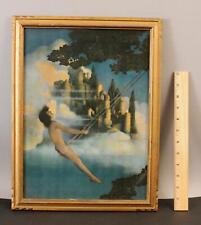 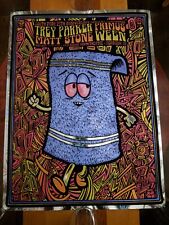