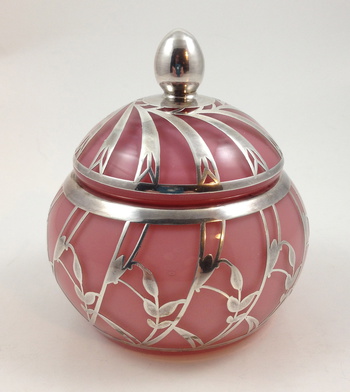 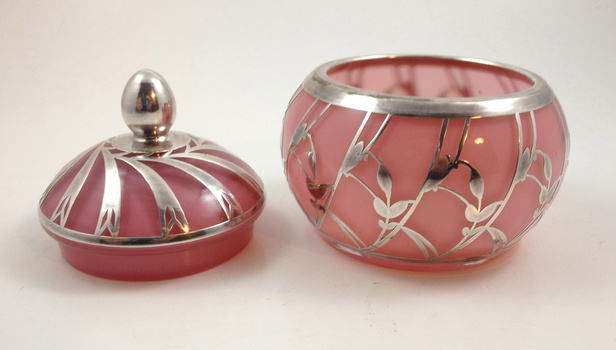 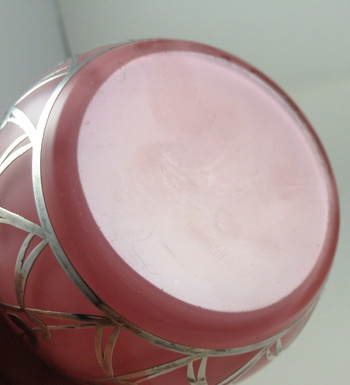 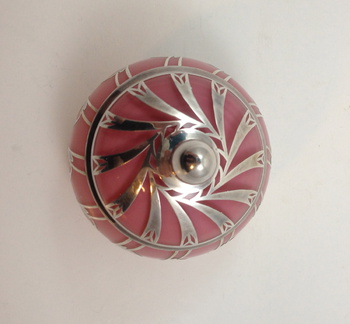 Designed by Alexander Pfohl** for Josephinenhütte, colorless lead crystal with opal-pink overlay and stylized silver galvanized decoration; mold blown and cut. The bottom is ground and polished. Tiny inscribed numbers in the silver around the finial - 1000/1000. I believe decor number 3062 based on identical decoration on a cataloged vessel at the Glasmuseum Passau*.

**Alexander Pfohl, Jr. studied in Vienna at an early age with such masters as Koloman Moser, Michael Powolny, and others at the Wiener Werkstaette. After four years in the army and the end of World War I, he moved to Silesia, where he was put in charge of designs for Josephinenhuette, until moving back home in 1928 as a professor at the Novy Bor (Haida) Glass School. While there he originated many designes for such firms as Kulka, Goldberg, Hosch, Palda, and Moser, among others. His influence on designers in Germany and the Czech Republic are felt to this day.