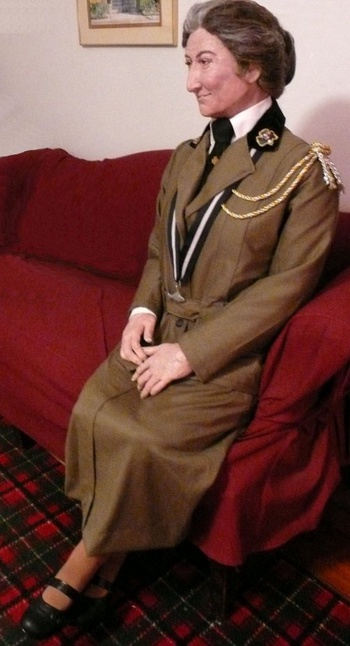 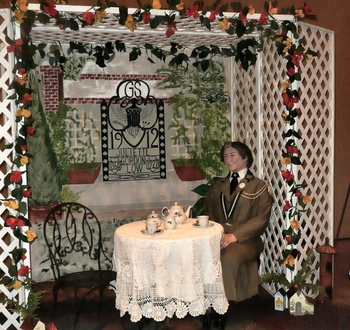 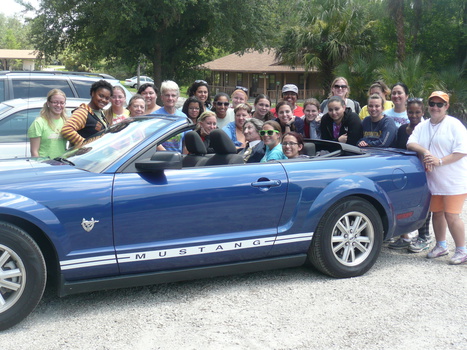 Most of the items in my collection of Girl Scout memorabilia are standard: uniforms, books, pins, dolls...ie most any artifact (other than council ephemera) which has appeared in a Girl Scout catalog over the last century.

I am also an artist. While volunteering at Girl Scout First Headquarters in Savannah, GA, I noticed troops weren't connecting with the concept of Juliette Low, their Founder, actually have met with girl years ago in that same location.

I have worked in a variety of media, and painted and sculpted many people over the years, but had never attempted a full-sized, complete replica before. After about 6 months initially, 'she' was displayed at FHQ for about 2 years. I then removed 'her' for remodeling and an update to 'her' uniform. Since this time, 'we' have been to almost every state on the eastern coast, by car, and more recently by 'plane. Since I believe collecting is only have the fun, and showing/sharing it is the other, better half, I am pleased to say 'she' has been seen 'in person'
by about 20,000 people so far.

I hope you enjoy these images, a do it myself addition, but a nifty centerpiece when displaying other parts of my collection, or to take on the road to spread awareness of Girl Scouting and it's history in unexpected venues.