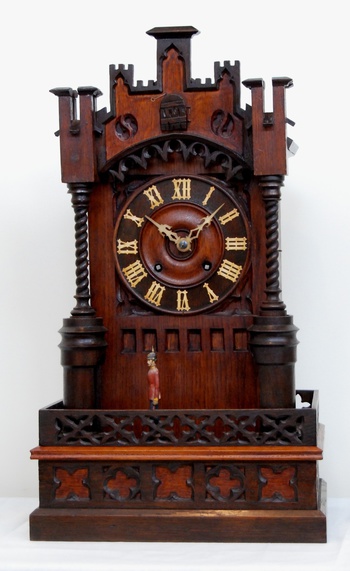 This is a Black Forest shelf cuckoo clock in a Gothic case in the form of a castle. The cuckoo calls the full and half hours, while the sentry marches back and forth between he two turrets continually as the clock runs... once he reaches the end of his march he does a 180 and walks back the other way. This clock ways made by Philipp Haas & Söhne c. 1890.