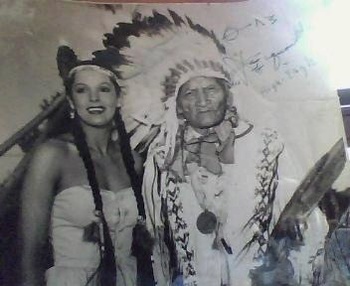 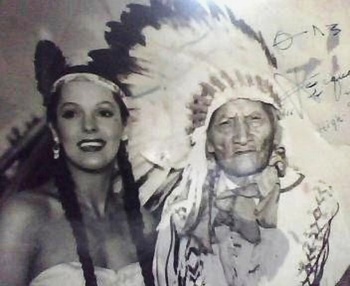 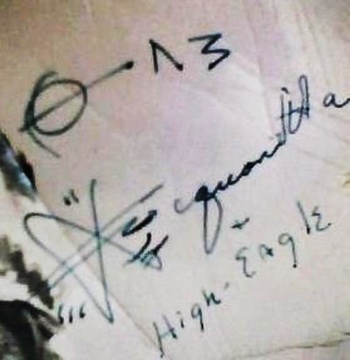 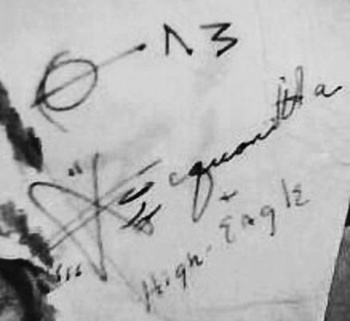 Can anyone help me identify this signature?
This photo of the "Native Americans" was taking in the early 50's at
Ft. Warren, WY. I was told that the woman in this picture had played in a old movie called: "Unconquered", and that she was visiting the fort to entertain the servicemen.
The man pictured in photo I was also told was her father and that he was a chief back then. (Do not know what tribe they had belong to).
I just wanted to add that on his scarf he has three initials: J.H.E. Also on the back of photo states: photo by Harold H. Rubens.
Any information would be greatly appreciated.