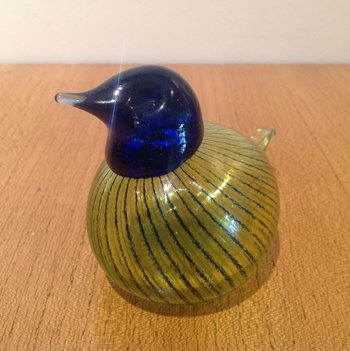 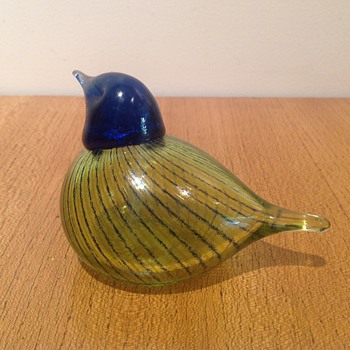 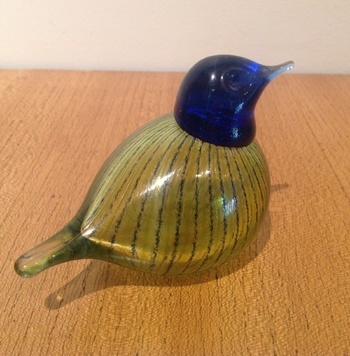 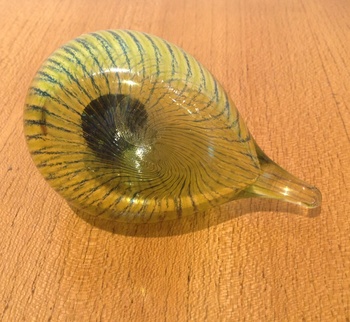 This is a little willow bird or "rautiainen" designed by a young glass master from Finland who began his career at Nuutajärvi. His name is Tarmo Maaronen and fortunately for him born in 1963 in the village of Nuutajärvi. No surprises then that he joined the factory in 1979 at the age of 16. Two years later he was a senior blower. There he was influenced by the likes of Kaj Franck, Oiva Toikka, and Heikki Orvola .He then worked at in early 1990's Maaronen worked for several small glass studios in Finland. From there he went to Italy and worked at IVV in Firenze and taught Scandinavian glass blowing techniques for a couple of years before opening his own studio, Bianco Blu in 1997. The name is Italian, but it refers to the Finnish flag, I think. He retains links between Italian and Finnish glass techniques. He opened a second studio in 2008 at Humppila.