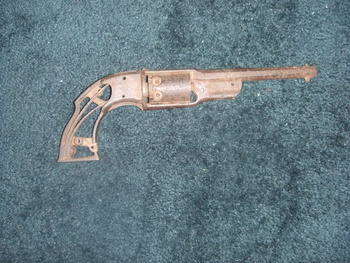 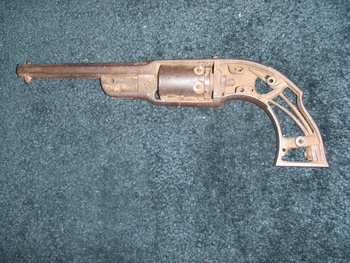 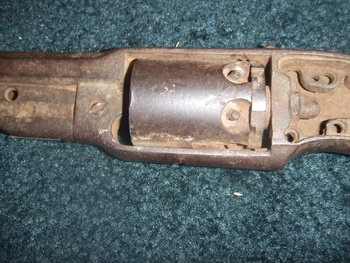 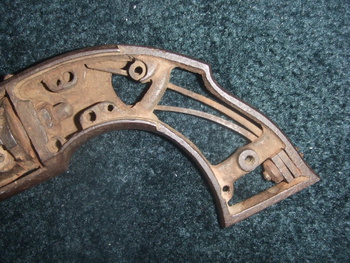 The Savage Revolving Fire-Arms Company out of Middletown, CT made about 20,000 of these revolvers.

This particular Navy Model was made from about 1861 to the mid 1860s. Of those produced about 12,000 were under government contract.

This particular example is in dug, relic condition and is missing the distinctive figure eight trigger and the trigger guard. The Savage markings are still visible on the frame above the cylinder.