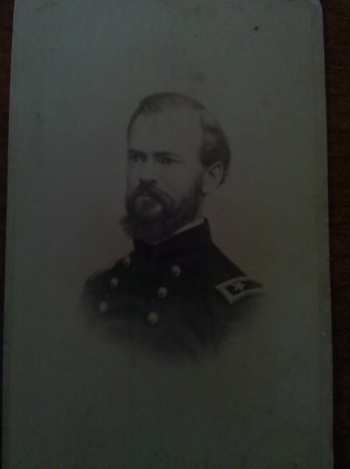 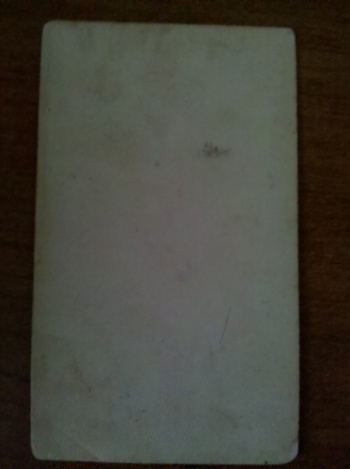 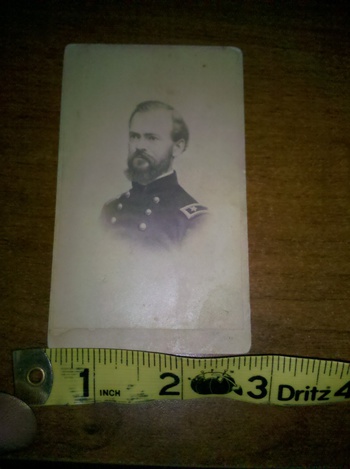 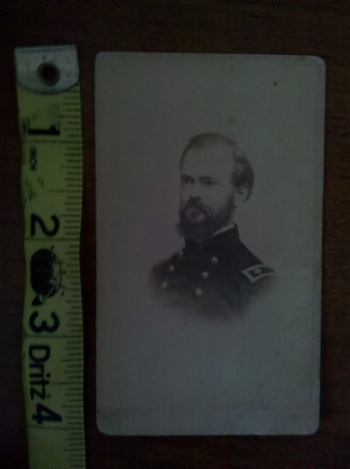 FANTASTIC EBAY FIND that JUST arrived! Paid $8.19 "BUY IT NOW"
Civil War Carte de visite of Union General James B McPherson, commander of the Army of the Tennessee in 1864. One of Sherman's army commanders, McPherson was killed during the Battle of Atlanta when surprised by Hood's disastrous attack when he rode into Confederate lines by mistake.

James Birdseye McPherson began his career after graduating first from the United States Military Academy class of 1853, along with classmates Philip Sheridan and John Bell Hood. After graduation, he was commissioned into the Corps of Engineers, and participated in building improvements to New York Harbor, the building of Fort Delaware, and the construction of fortifications on Alcatraz Island in San Francisco Bay.

After the outbreak of the Civil War, McPherson requested a transfer back to the east, briefly serving on the staff of General Henry Halleck. He was transferred to the command of Ulysses S. Grant and served as his Chief Engineer during the capture of Fort Henry and Fort Donelson, as well as during Grant’s advance on Corinth. On August 19, 1862, McPherson was promoted to a Brigadier General, and after the battles of Corinth and Shiloh, was promoted to Major General of volunteers on October 8, 1862. He was given command of the XVII Corps in the Army of the Tennessee under Ulysses S. Grant, and served throughout the Vicksburg Campaign with distinction. On August 1, 1863, he was made a Brigadier General in the regular army, and was given command of the Army of the Tennessee on March 26, 1864 after William T. Sherman was promoted to command all armies in the West. McPherson’s army made up the right wing of Sherman’s force as he moved against Atlanta beginning in May of 1864. He and his troops participated throughout the Atlanta Campaign, trying to outmaneuver Confederate forces under Joseph E. Johnston. McPherson tried to flank Johnston at the Battle of Marietta, but was unsuccessful. On July 17, 1864, Confederate President Jefferson Davis replaced Johnston with McPherson’s former classmate, General John Bell Hood, as a result of Johnston’s poor performance around Atlanta. On July 22, 1864, Hood launched an attack against the Union forces in front of Atlanta. During the battle, a line of Confederate skirmishers shot and killed McPherson while he attempted to reach the headquarters of William T. Sherman. Both Sherman and Hood mourned the loss of the general, who was returned to Union forces to receive a proper burial.

I didn't know EXACTLY who it was when I purchased it, but I knew it had to be worth more that the "BUY IT NOW" price. I did my homework, and found out the identity of the photo. ...and HERE is how the auction was listed!>>>>>>