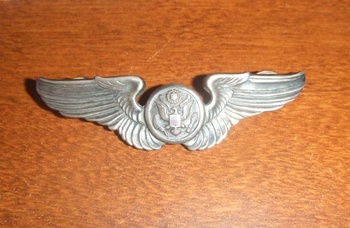 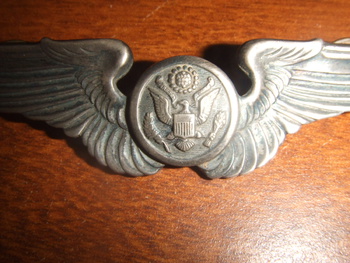 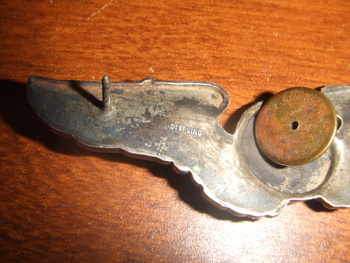 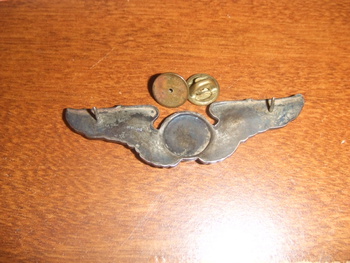 When I first started collecting wings (years ago), I was told by some "seasoned" collectors that clutch back wings were all post WW2. While many are post war issue, the clutch back in itself is not a sole determining factor for age.

This particular wing has era "Sterling" markings and is consistent with war era versions of the wing. Additionally, this particular example retains one of its original "securing devices" with the patent information on the back.

While I have learned a heck of a lot from other collectors-- remember some of it may be based on misinformation, old or incomplete data or just best guesses of the times. It always pays to have an open outlook and read/ investigate on your own.