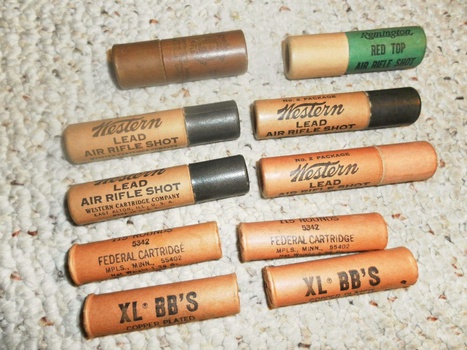 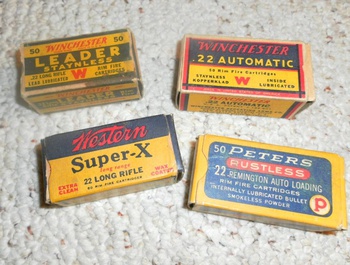 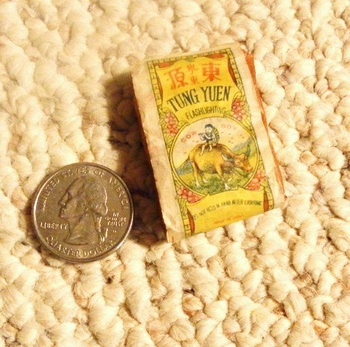 Most of these items date from the 50's. Shown are 4 boxes of 22 ammo that I remember were the type I used. We lived in the country!
There are 10 tubes of bb shot . Aquired during the 50's and never used. The lower 4 tubes are steel and the rest are lead shot as used in early Benjamin air guns.
The firecrackers I have had since the late 30's and were found in an old jacket stored in a trunk in my mothers house. The pack contains 8 small crackers cost 1 cent ]
Most of the crackers back then were chinese. You could unroll the paper and see that they were newsprint.
I still have the Benjamin bb gun that used the lead shot shown. It still works and was more powerful than the daisy but was single shot.
I hope that I have placer them in the proper catagory. I can easily remove them.