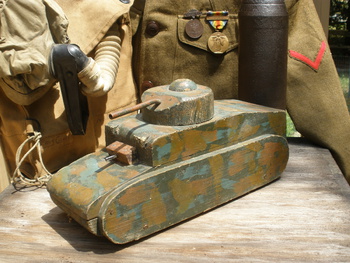 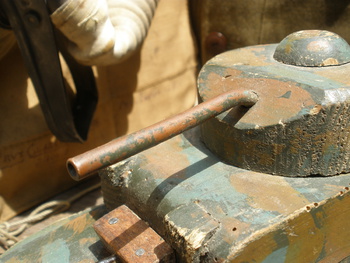 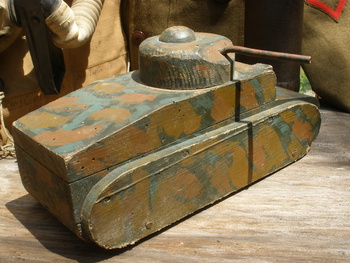 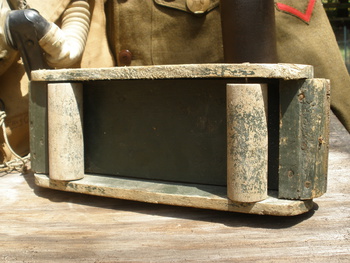 I got this from France and I'm guessing it was either a wartime manufactured toy or an entirely home made one. On one hand, the olive drab paint seems like a "factory" job, on the other you have the eccentric red/blue camouflage that is obviously a garage job plus the copper piping (which manufacturers would never be able to use on a toy).

It appears to depict a M4 Sherman due to several features that were purposefully included. The round turret with the frontal "cut-out" slope mantlet area, the hemispherical copula, and most importantly the two protrusions on the front of the hull. They don't quite get the front end right, but otherwise it is a fairly convincing as an M4.

It's nearly a foot long, it's got worm holes here and there, and there are a few parts which look to have been replaced over the years. A well loved and played with toy, no doubt. There are remnants of a string nailed to the front.