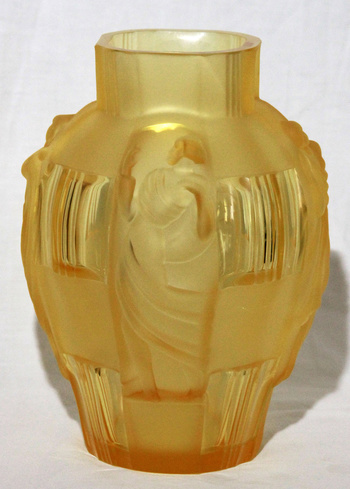 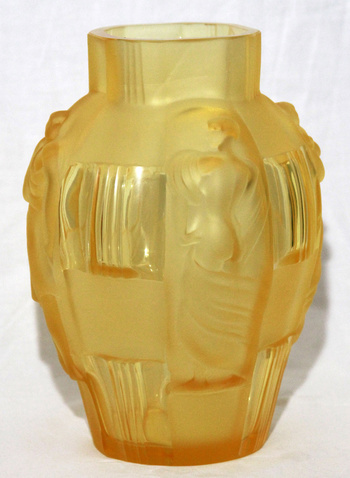 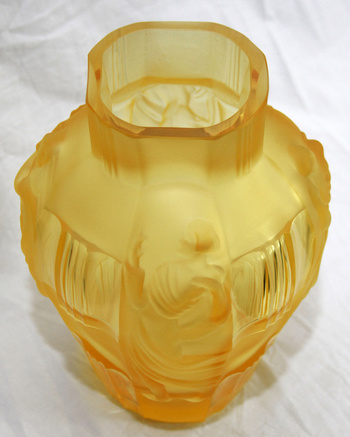 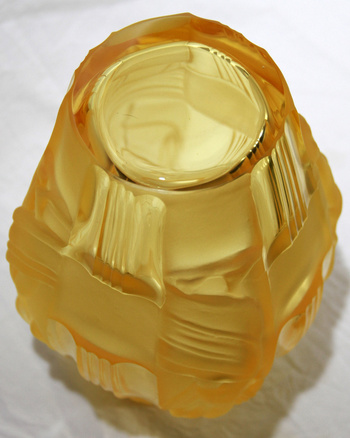 Here is a mystery! I bought this vase because it is one of the "Ingrid" vases designed by Artur Pleva for Curt Schlevogt in 1936, and it is most commonly seen in green malachite or blue lapis glass. It has been widely copied, marked as Lalique, and many other things BUT I HAVE NEVER SEEN IT IN YELLOW! Also called citrine-yellow, this color may have been made by Ridel or Desna when they started making it later on, but it is unmarked and Desna vases are usually marked. The newer low-quality copies are also marked (mostly) so this one is a mystery. I think it is a new copy, but if so who made it and where? And if it's new why wouldn't they make it in a more popular color, like malachite-green? The quality is medium-high, but I don't know how good the original ones were. The base has no wear, but that doesn't mean it's not 60 years old. Help!