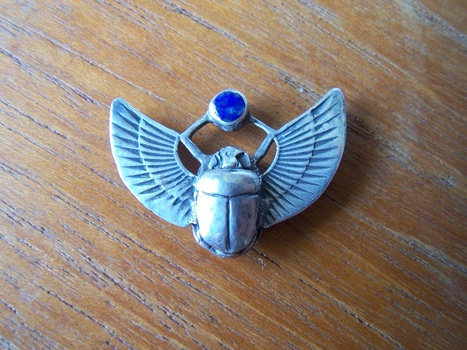 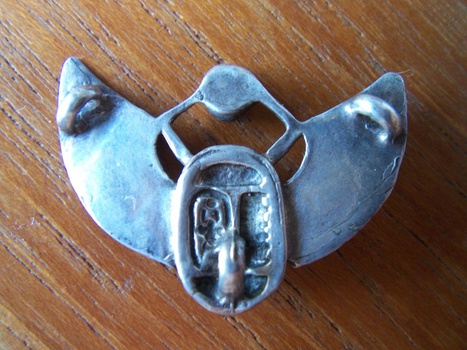 I found this scarab pendant in a huge collection of jewelry that once belonged to a well-traveled art teacher in Cat Spring, Texas. The scarab has its wings outstretched and holds a small round stone between its two arms. It's about 1.5 " long. I am fairly sure it's silver, though there is no numbered marking, but have no idea what the blue stone might be.

The scarab was often used as a type of amulet or talisman in Egyptian iconography, important for symbolizing Khepri, a sun god who was associated with resurrection and new life. I think scarabs were important for various funeral rites, possibly making this a kind of pre-Victorian mourning symbol...though I doubt this actual pendant is that old.

On the back, inset into the beetle's body there is what appears to be a hieroglyphic marking (partially obscured by a metal loop for the chain). From what I can make out, it is a scarab symbol on the left side, topped by a round dot, with a second oval shape with a jig-saw/toothed edge on the right. Above and below there are half-moon shapes.

I've heard that each hieroglyphic symbol represents a sound (like letters), so groupings form words - this would seem to be a word to me then. It reminds me of the purple grouping on the bottom left seen here: http://www.kendalluk.com/sacredinsect.htm

as well as this image taken from another tomb (though the arrangement is slightly different): http://www.flickr.com/photos/ruthanddave/264056202/sizes/m/in/photostream/

Does anyone have an idea what word it might be?! 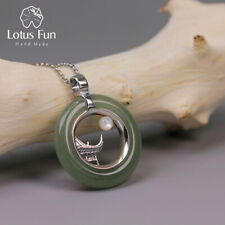 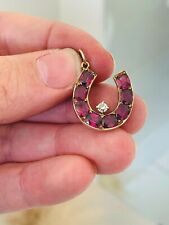 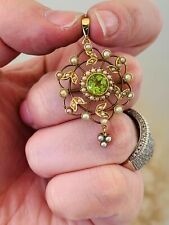