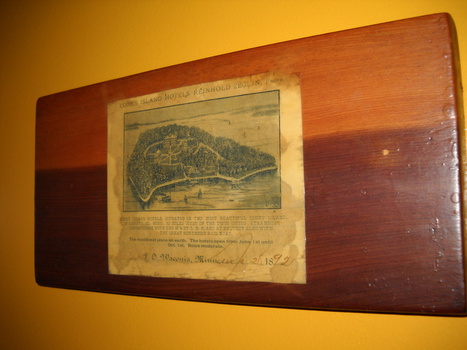 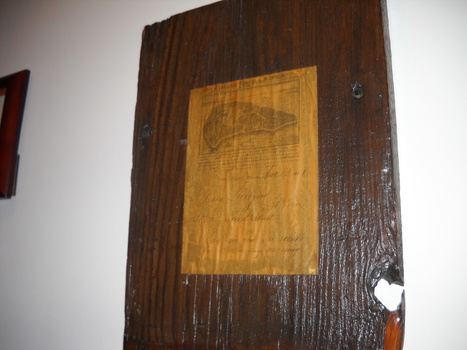 "Coney Island of the West" in Lake Minnetonka in Minnesota. Named after Coney Island in New York, and also after Waconia, MN, just offshore of the island. In 1886, Lambert Naegle purchased the island for $5,200 and built on it a resort hotel. In 1889 Reinhold Zeglin bought and operated the hotel complex and it flourished. For a time, it was the biggest tourist attraction in the midwest for society's elite. Stories have been told that Mark Twain and the notorious Al Capone frequented the resort. From 1903-05 the University of Minnesota football team held practice on the island. In 1939, Zeglin shut down the resort and day camps and and bait shops took over and operated on the island up until the 1970s when the island was sold to a private owner. Today the island is on the National Register of Historic Places, but mostly lay in ruins. My father lived on the island with his family for a year in 1965. He found these old post cards while exploring one day and created these pieces shortly after. The first one is dated June 28th, 1892. The second seems to be an actual receipt. From what I can make out it says "Aug. 13 1891, T. von Gretzen, St. Paul, 217 S. Third Street. Can give you six rooms for Saturday evening." They both talk about how the island has steamboat connections and connections to all the major local railroads of the day. They both also claim it to be "the healthiest place on earth". I would love to know if these pieces are worth anything and also who this mystery man "T. von Gretzen" is as six rooms for one night at the resort could not have been cheap.