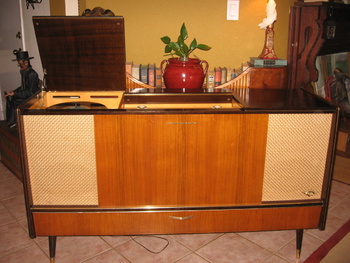 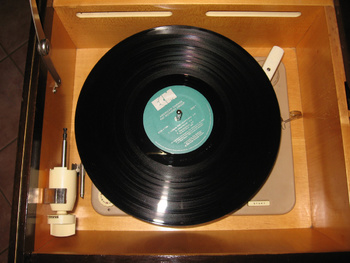 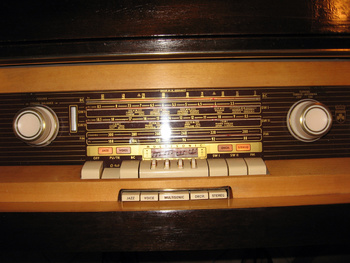 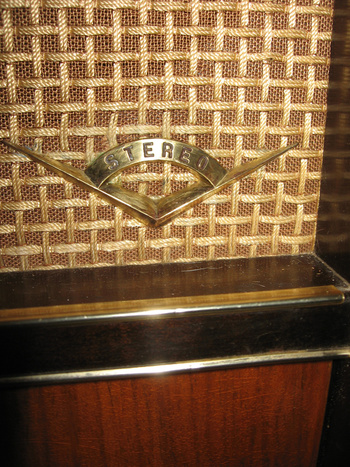 The German Grundig company was establised in Nuremberg in 1945 and made high-end audio equipment for listeners who had the ears—and the money—to appreciate advanced recording technology. This console features stereo which had recently been introduced, preset sound controls, equalization and the most notable feature: the Elac Miracord 9 tonetable with a tone arm that could detect what size record was being played. You could stack records of the same speed and any size, 12”, 10” or 7” and it would play them all in one sitting! The radio features FM and two shortwave bands.

RESTORATION
This stereo was restored for a client who specifically wanted a console with mid-century styling and it had to have legs. When we first acquired this stereo the tonearm was broken and the previous owner had replaced the cartridge with an incorrect one. The cabinet had scratches and water rings and the interior was filthy. We spent about two years tracking down a replacement for the tonearm and finally found a whole turntable and used the best parts from each.

You can see and hear it here:
http://www.youtube.com/watch?v=m9PTLhydTHQ&feature=plcp