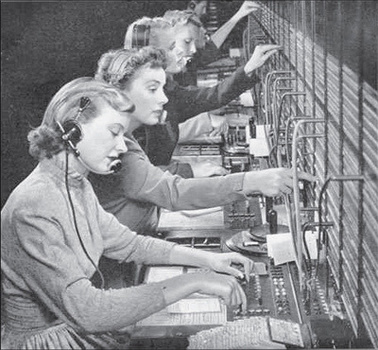 By 1951, operators in large metropolitan areas of the U.S. were mostly putting through long distance calls or helping people at payphones or with service problems. Direct dial service (phones with dials) had been in place in many metro areas since the 1920s, but telephone company operator was still viewed as a secure job (voice recognition and the Internet really didn't change that until the 1990s).

The Chesapeake and Potomac Telephone Company has always been one of my favorites of the old Bells, probably just because I like the sound of the name. It sure sounds better than the companies that acquired it - Bell Atlantic, and now Verizon.