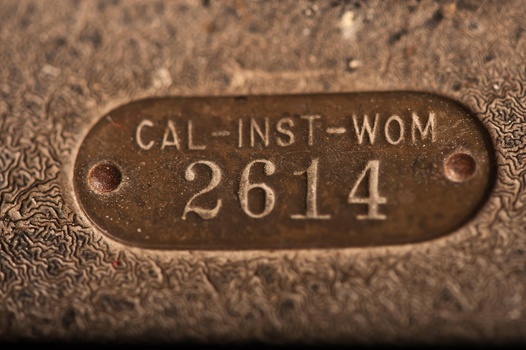 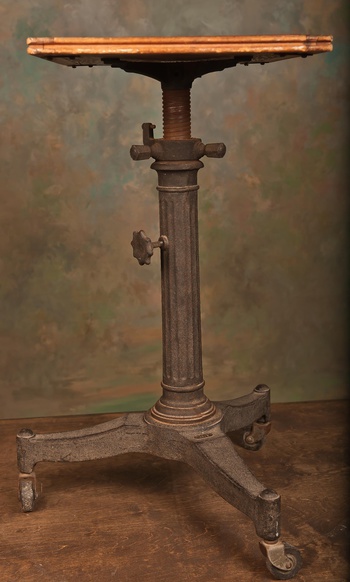 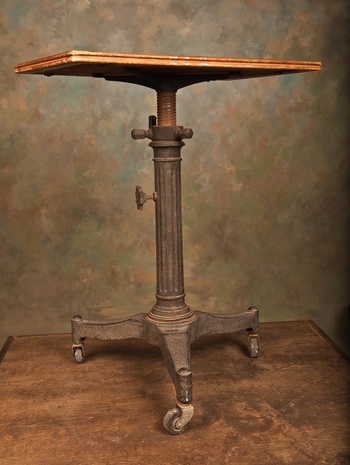 What I have pictured here is a cast steel, 3 footed table. While at work I passed a large trash bin of the type that is loaded on the back of a large truck when full. Sticking up out of the bin like a strange antenna were the 3 hard caster rollers and 3 footed base of this table. I stopped and inquired about the table from an inmate who was loading items into to the bin for transport to the local dump. The inmate stated that she knew nothing about the table other then she was instructed to put it in the trash bin. In instructed her to remove it and I contacted the property department of the Institution. I informed them that I would buy the table from the state as to the state just throwing it away. The property department had me fill out the proper paper work and a short time later I made an offer on the table. The offer was excepted and I picked up my table and I have been trying to correctly identify it ever sense. I believe it to be a Photographers Studio table, but I could be wrong. The table is adjustable for height and has a narrow top. There is a set screw located on the side of the table support post, which has a large handle. The height of the table is adjusted by use of a three handled adjustment nob just at the top of the lower half of the table support. The table has no identifying manufacture label but a California Institution for Women property tag is still affixed. This property tag is made of brass and is of the type used in the early 1950's. The Institution was taking their mug shots at the time with a 4x5 view camera, which is now on display at the main entrance of the Institution. They had their own darkroom and processed the shots inside the institution. In the early 80's when I started working as an officer there the institution was still processing their own film but stopped a short time later. The 4x5 was not in use. I currently use this table to support my 8x10, Kodak 2D view camera. If someone knows for sure what type of table this is please let me know. Hardbrake