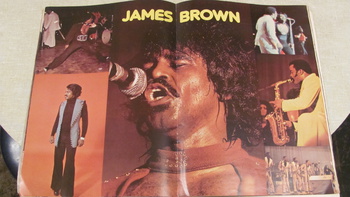 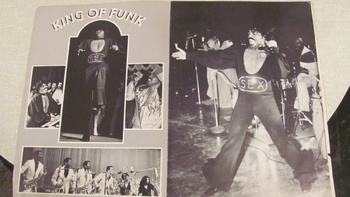 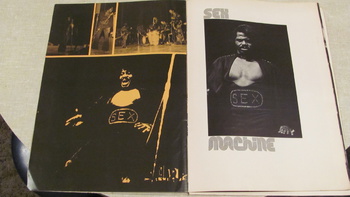 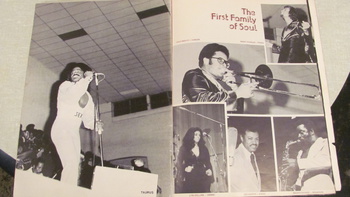 Quote : "The man for many moods, many changes, many titles"- "Mr.Dynamite" , "Soul brother #1" , "King of Soul" , "Entertainer Of The Decade" , "The Hitmaker" , "Mr, Soul" , (and my favorite) "Minister Of New New Super Heavy Funk" , "Mr. Music Business"
Quote : "The James Brown name has become a legend, an institution which all children,black or whitecan relate to. Its not just a person, it's a way of life. The name James Brown is hope to the kids who want to do or get something out of life. The name James Brown is hope to parents who want something better for there kids; Dignity-Respect-Pride. The name James Brown is elevation for people that have said "If I had a chance, I would be something or somebody". The name James Brown is pride for a country who can say, "only in America could a poor boy from Georgia rise from the bottom & go to the top & whose name is a houshold word from one end of the earth to the other".
Im admittedly not a (true fan) of James Brown , but reading that, & remembering the horrible way the black community was being treated (as a whole) in the early-to mid 60s, you have to have a huge amount of respect for the non-violent message this man was spreading. When the ENTIRE black community had ample reason to act with hatred & loathing.
This (i believe) was a concert sales item, but not sure, its not dated & shows no program guide,still a pretty cool item.The only reference was to a T.V. apperance for his Gold 45 R.P.M. record & "Black Record Award", the first to be given to an artist for over a million sold on his smash hit "Payback".