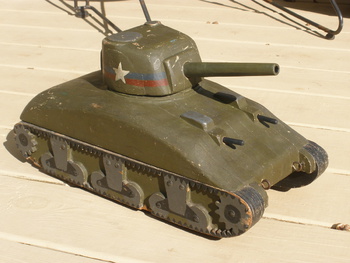 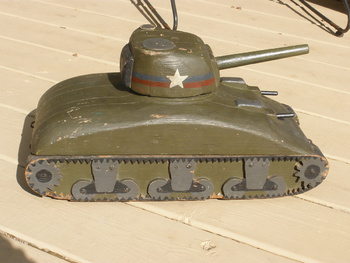 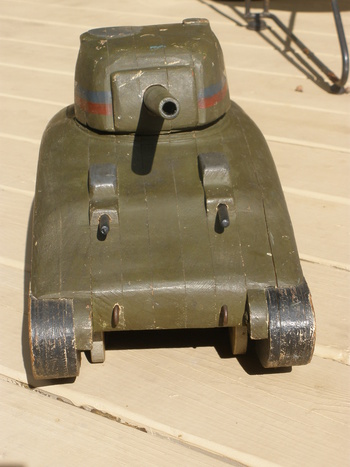 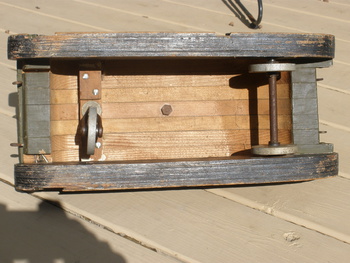 I just had to make a tapered barrel for this monstrous 14" long tank, it was royal pain in the rump without a lathe. Then there was the whole matching the paint issue. I'm just happy it came out as nice as it did!

I shouldn't complain about making those few parts, though. Someone took a lot of time and planning to put this thing together. The hull alone (not counting tracks and turret) is made from nine side-by-side boards sanded down into the shape of the hull. The turret, which turns 360 degrees, is made in a similar manner only with five boards (seven if you count the thin sheets on the sides).

The tracks are made from two sheets of 1/4" plywood with a 3/8" piece of plywood in between. The outward facing sheets have been cut to look like track and suspension, the details are impressive for being a home made creation.

There were a few shreds of twine from the pull string still attached when I got it in the mail, I need to go get some to "complete" this, though I think it looks pretty good all the same.

The guy who made this must have taken apart something pretty substantial to get wheels this big and heavy. Obviously a garage raid for parts on this thing, my kinda guy!