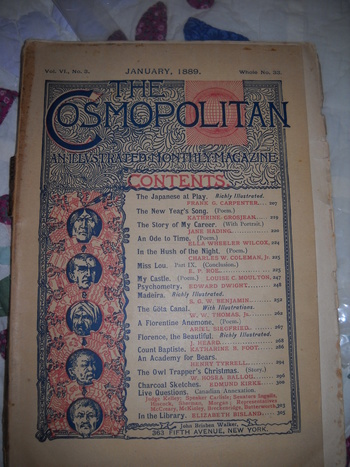 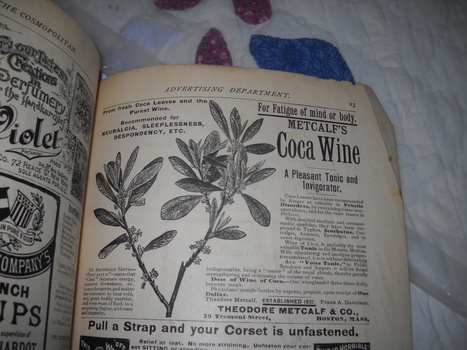 Yes...THAT Cosmo(politan). There are no dating or dieting tips (other than ads for various elixirs in the back) in this issue of Cosmo folks! It's more like an early version of Reader's Digest mixed with a Sears & Roebuck catalog. The most amusing part of it is the advertisement for "Theodore Metcalf's Coca wine". It actually contained coccaine, much like early forms of Coca-Cola. I had no idea Cosmo had actually been around since 1886...and I have one from the early days! I bought it from a used book store for $2 because of its age, I had no idea until recently it was THAT cosmo. Just wondering what it could be worth. It's in amazing condition for a 121 year old magazine.