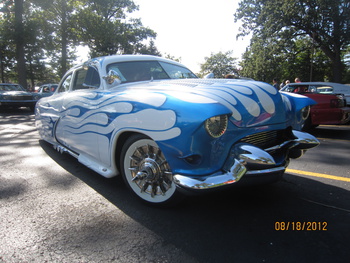 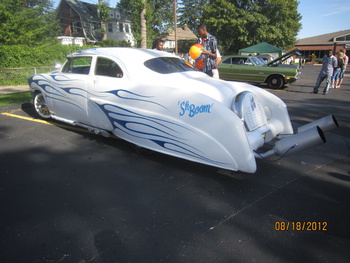 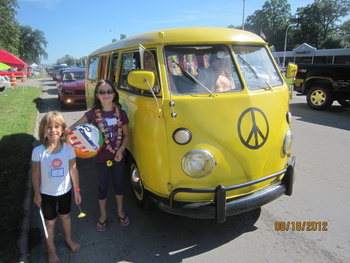 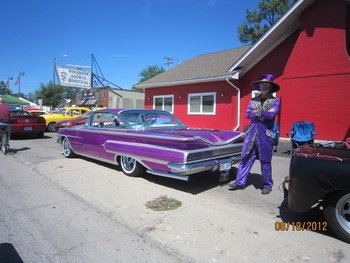 This is an awesome event for all of the classic car lovers out there. I have attended numerous years with friends and family and I thought I would share because it seems that some of you may enjoy knowing about it if you don't already. I was there just a couple weeks back. It is great for people that love cars or even those that don't. The people and car watching is amazing as are the other events that are included during it. Also it is the largest one day automotive event in the world.

Per Wikipedia here are some more details about it:

The Woodward Dream Cruise event is a classic car event held annually on the third Saturday of August in Metropolitan Detroit, along Woodward Avenue. The WDC Event spans much of the avenue, from Pontiac through Ferndale in Oakland County, Michigan, all the way to the State Fair Grounds inside the Detroit city limits, just south of 8 Mile Road. "Woodward Dream Cruise" is a registered trademark of Woodward Dream Cruise, Inc.

The Woodward Dream Cruise is the world’s largest one-day automotive event, drawing about 1.5 million people and 40,000 classic cars each year from around the globe. Spectators can see muscle cars, street rods, custom, collector and special interest vehicles dating across several decades. The majority of the cars on display are those that were available and prevalent during the 1950s, 60s and early 70s prior to the OPEC oil embargo, which led to the Corporate Average Fuel Economy regulations of 1975 and the proliferation of more fuel-efficient and less powerful automobiles. However, the Woodward Dream Cruise also welcomes vehicles of all models whose owners have either scrupulously maintained or customized their car to create a unique vehicle or statement.

During the post-World War II era, young adults often "cruised" in their cars along Woodward Avenue, from drive-in to drive-in, often looking for peers or friends who were also out for a drive, and perhaps seeking an opportunity for some street racing or at least a chance to "burn rubber" (or "light 'em up") in a quick getaway from a newly green traffic light.

Nelson House, a plumber from Ferndale, came up with the idea for the cruise in 1994 to help raise money for a children's soccer field in his community. Organizers initially expected 30,000 or 40,000 people to come to the August 19, 1995 inaugural cruise on Woodward Avenue in Ferndale, Pleasant Ridge, Berkley, Huntington Woods, Royal Oak and Birmingham. About 250,000 actually showed up. It is now the largest single day classic car event in the world, and brings in over $56 million annually to the Metro Detroit economy.

Although the cruise officially takes place on only one day, each year the celebration starts early in the summer with these classic vehicles brought out onto the streets in preparation, and ancillary events are scheduled in the sponsoring communities of Ferndale, Pleasant Ridge, Royal Oak, Huntington Woods, Berkley, Bloomfield Township, Bloomfield Hills, and Pontiac.

My sampling of pictures is only a very small slice of the event. The one picture with the hippy van includes my nieces. : ) So if you are ever in the area or have never checked it out it is well worth it! Take care my friends and have an awesome remainder of the Summer! : )