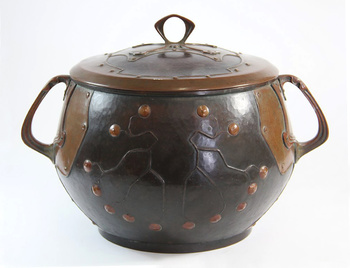 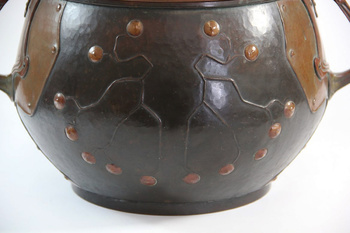 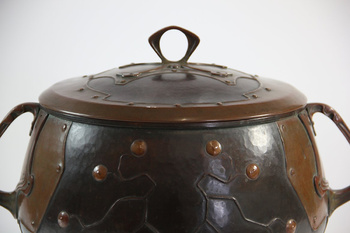 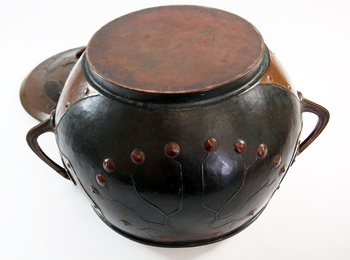 Hans Eduard von Berlepsch-Valendas (German/Swiss, 1849-1921) was born to parents of noble descent in St. Gallen, Switzerland. His family moved in 1862 from St. Gallen to Zurich, where Hans attended the Federal Polytechnic, now the ETH, and studied architecture under Gottfried Semper, who had created among other things, his own high school and as probably most famous building is the opera in Dresden. Berlepsch-Valendas eventually specialized in interior design, architecture and the decorative arts in the early 1870s. He was one of the pioneers of the Jugendstil aesthetic in German-speaking Switzerland. He designed Villa Tobler in Zurich, one of his major works in 1898 -1900, under the new concept of gesamtkunstwerke, in which building, design and objects were harmoniously constructed such that a "total work" of art was generated. Berlepsch-Valendas later moved to Munich in 1875, where he completed more interior design work included the design of public and private spaces, public transport, such as Gebäulichkeiten, and even ships. In addition to his interior design major work, Berlepsch-Valendas was also a draftsman, designer and writer, born from the idea that art is not just for its own sake, but to renew all walks of life and to contribute to improved living conditions.