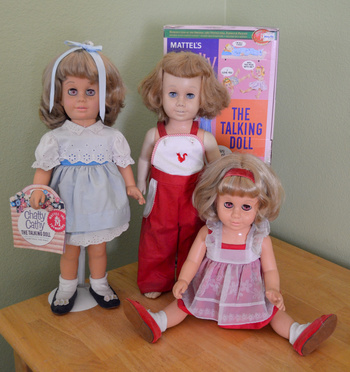 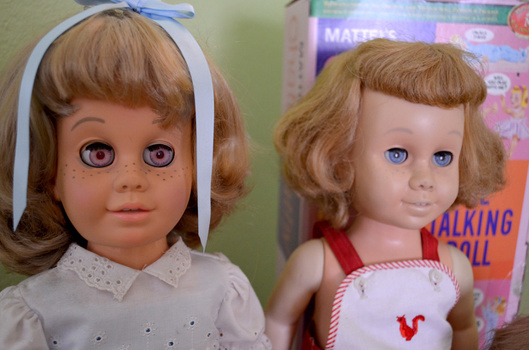 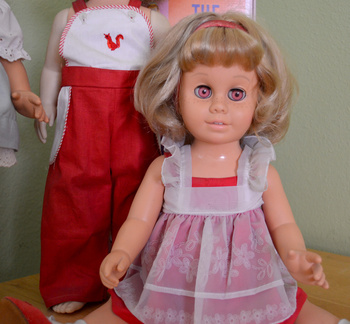 Two of these dolls are reproduction. I was a designer at Mattel in the mid-90s, when we released several versions of the original doll- the blonde with the blue dress, and brunette with the red dress. Unfortunately, something wretched happened to the repro doll's eyes, and they've turned ghastly red and pink. Have no idea why!
The one in the red overalls is an original Chatty from 1961. (Her outfit is not original to her, but is vintage.)

They are cute, though, aren't they?