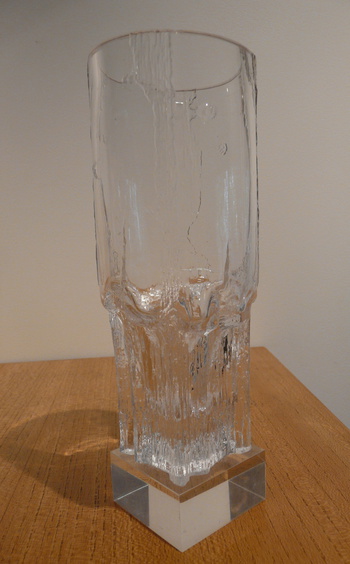 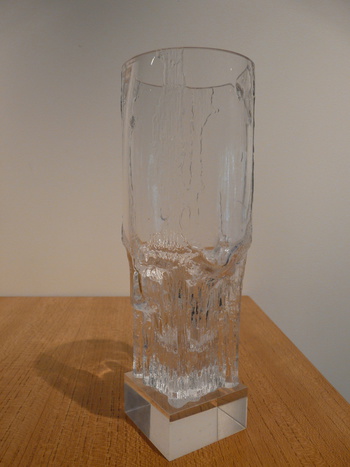 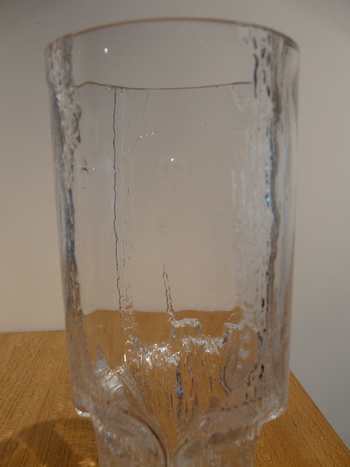 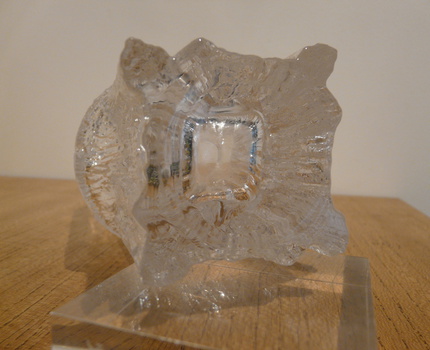 I found this Iittala vase at Vinnies for a few dollars a month or so ago. It attracted my attention because of its similarity to what I feel is a much more common Avena. The Minerva is less seen in this form here in Australia. I seems it was produced from 1976 until 1999. It has the TW signature to one edge of the square foot, but it has been really difficult to photograph. You really have to search it out.

There are some smaller dishes and a larger vase as well.

It's totally clear all over and it is clean. The vase seems to pick up on background colour and transport it onto the 'ice/bark' surface.