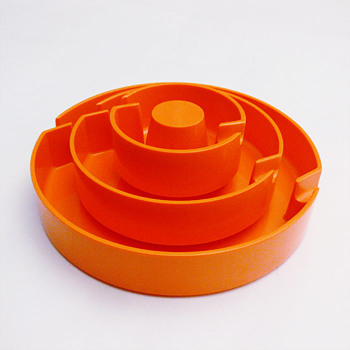 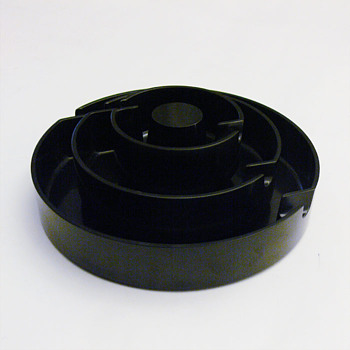 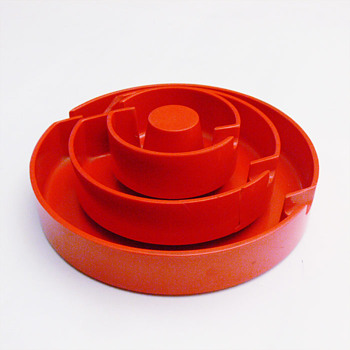 As I told you when I spoke of the COPENHAUE ashtrays, there are two more models called after Scandinavian capitals: STOCKHOLM and OSLO. These are STOCKHOLM and were designed in 1966 and they follow up the same "stacking" premises than COPENHAGUE did, although in these case the number of levels is limited to three due to the different sizes of the three Stockholm ashtrays. Thus, you cannot create an ashtray tower... but can create an ashtray ziggurat!

The interesting thing about them is that each one can be used for a different purpose and as you can take the small one with you -just like you can do with the Copenhague one- you leave the bigger ones as table ashtrays, but I think I am not wrong if I say these were made with a more decorative function.

They were made in at least four colours: white, orange, red and black.